Egyptian Support Elements (and TutanGromit I)

I managed to grab some time to paint some more 6mm Egyptian infantry, starting with these support elements. First off is this SA-7 team, one of the key differences between 1967 and 1973 conflicts was the Egyptian use of SAM weapons to nullify the threat of the Israeli Air Force near the Suez. These Heroics & Ros figures came from the Soviet Paratroop set with dobs of Liquid Green Stuff for helmets... 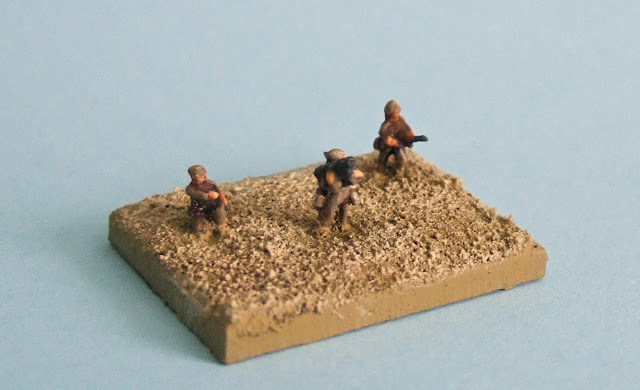 Additionally I painted up a couple of 120mm mortar teams, I probably should have done these on the bigger bases with more crew but they will do for the time being. Like the SA-7, they come from the paratroops pack.