You may recall that I bought a Der Kampfflieger Shapeways Sopwith Baby for no other reason than I like the plane. Initially I intended to paint it up as either an RNAS or RAF plane, but a bit of research unearthed a whole host of alternative nationalities who flew the plane. In the end a bit of research led me to painting it up as a Sopwith 130ch Clerget (Sopwith Bébé) of l'Aviation Maritime Française based at Le Centre d'Aviation Maritime de Corfou (Corfu having been seized from Greece in 1916) flying against the Austro-Hungarians. 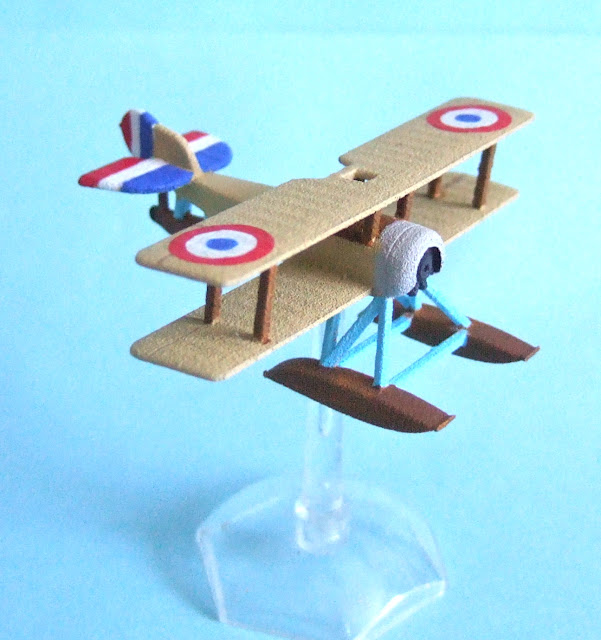 The French flew the Baby out of at least two of their Centre d'Aviantion Maritime (CAM) bases, Dunkirk and Corfu. I went with the latter as the paint scheme was a bit brighter than the Dunkirk based planes. 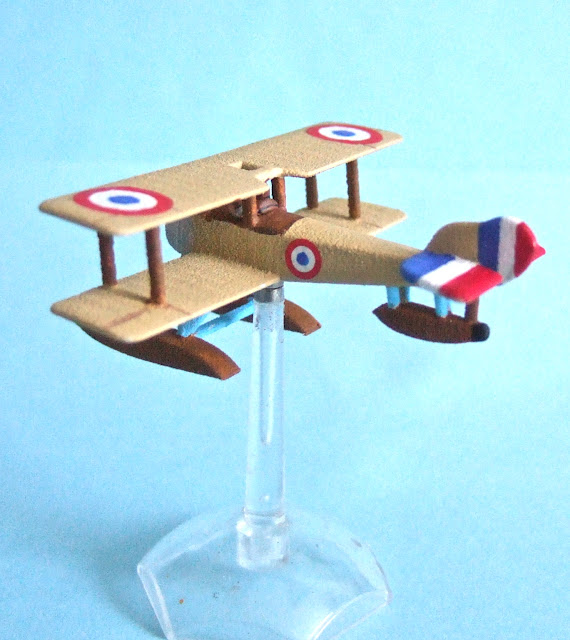 It was not 100% clear whether the Corfu Babies where painted, they appear to be clear doped linen but they may have been painted French Yellow. Given that the Dunkirk planes are clearly PC12, I can't see the French would have especially rushed out to paint the Corfu planes in their own colours, especially given the urgent need to get they into service in August 1917. I also had to guess whether the tail planes were painted up in the same fashion as the Dunkirk planes (below). In the end, as it added a splash of colour, I decided to copy the design... 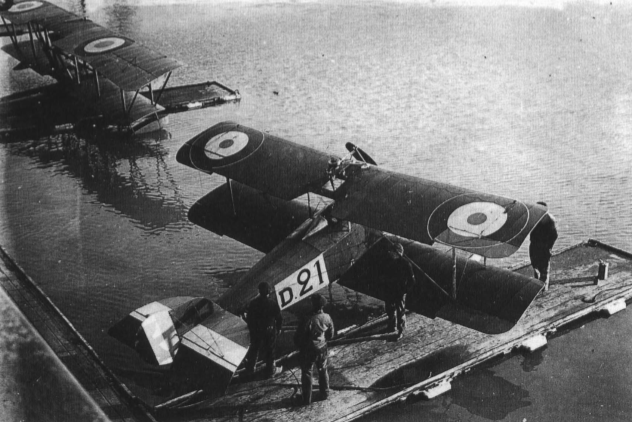