Earlier in the year I painted up two Der Kampfflieger Sopwith Pups as machines from B Flight of 3 Naval Squadron RNAS commenting that I might buy a third model to paint up as a captured plane in German markings. Well I did... 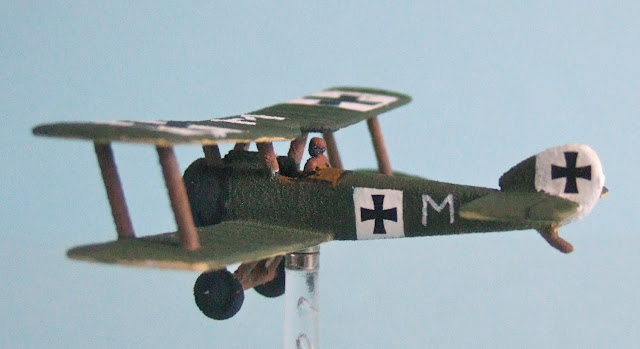 However, unlike the Pup in the photo I posted in March this plane is the more famous Black Tulip of C Flight 3 Naval Squadron as flown by Flight Lieutenant Ralph Mack when it was forced down by Paul von Osterroht of Jasta 12 on April 12th 1917. Black Tulip was captured intact and its British markings overpainted by the Germans. 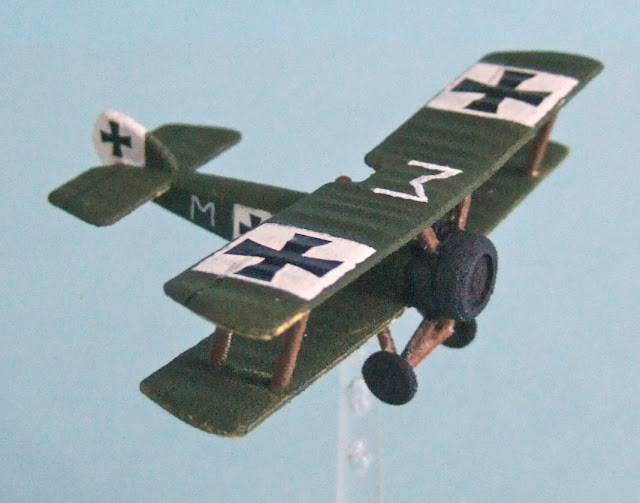 Apparently the Pups were popular machines with the Germans and captured machines often used for flights between aerodromes and occasionally over the lines.