I hadn't intended to expand my WWI collection into early war aircraft, but I decided that the AirWar: 1918 rulebook could do with some examples so I picked up a couple of types from Shapeways to paint up for it. 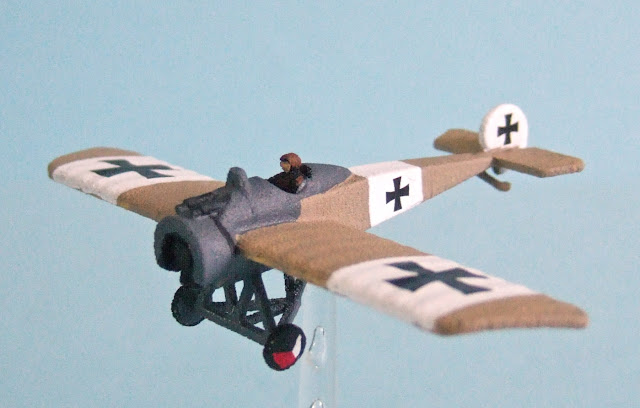 This Fokker E IV has been painted up as one of Kampfeinsitzer-Kommando (KEK) Sivry flown by the father of air fighting tactics Oberleutnant Oswald Boelcke. 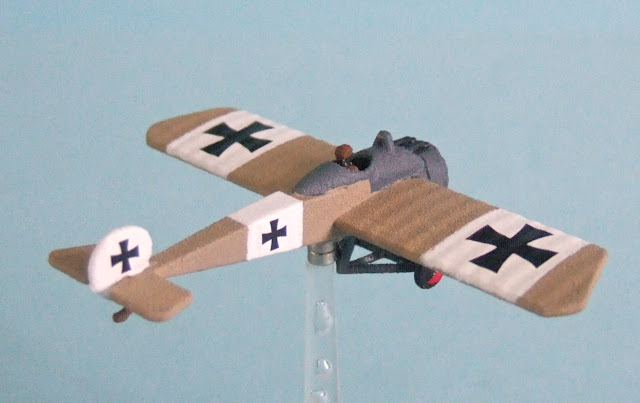 The KEK's were semi-permanent groups of single seat fighters drawn from existing Feldflieger Abteilungs and were the precursors of the Jastas (Jadgstaffeln - Fighter Squadrons) created after Verdun when the Germans had lost air superiority.