Tank Infantry Mark I A11

When I looked at Zvezda's forthcoming Art of Tactic releases earlier in the year I was a tad disappointed that their Matilda I (A11) (aka Tank Infantry Mk I) was still only to be found in the big Art of Tactic box set. I know it isn't the best tank in the world and the Matilda II (A12) is much more use on the tabletop, but I like the quirky little beast. 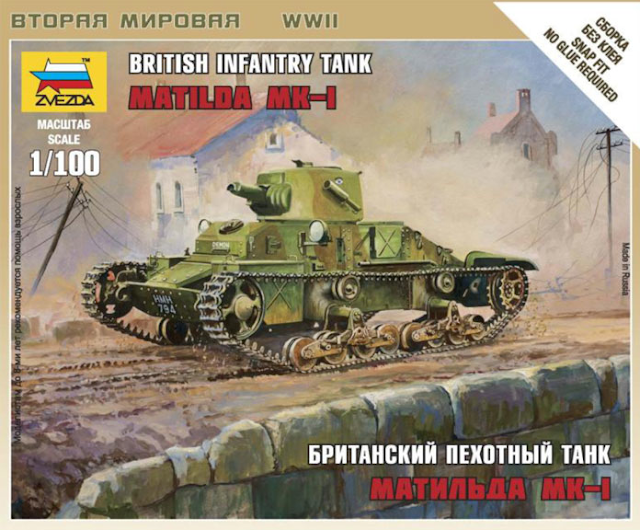 Consequently I was surprised a few weeks back on an irregular visit to Antics to see that Zvezda had released it as a separate model (box code 6191). I picked up three for the Watch Am Escargot project. I opened up a box for a quick look and the kit is a really simple six piece one that should make a great little model. With the Cruiser IV coming out this year and the Matilda II (A12) already out, the BEF armour looks pretty much covered. 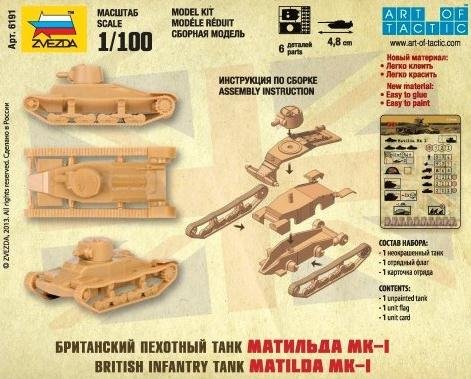 All I now need to do is find the bloody French that started me considering this project!!!
Posted by Steve at 17:03:00