With a Kickstarter as insanely popular as Reaper's Bones one, it was inevitable that there would be some slippage on delivery times so I have been pretty laid back on the big box arriving at Blease Towers. However, it looks like things are getting close with two forty foot containers (containing 470,000 models) arriving at Reaper with a further one due at the end of the week.

Reaper have hired extra staff to run a second shift to despatch items almost around the clock so I'll have to start finding space to squirrel stuff away from SWMBO! :-) Seriously though, really looking forward to receiving this, especially the big models, which should be great... 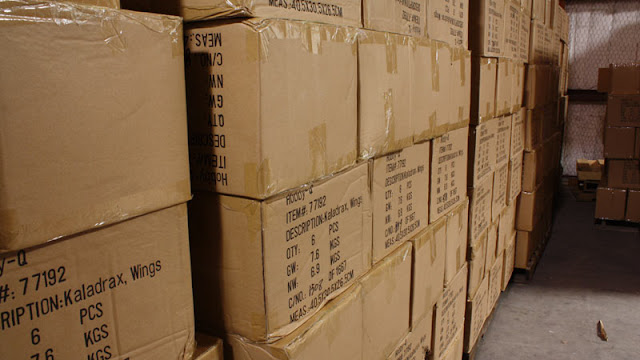