Saxon Month is going desperately slowly, half the figures are based and undercoated but the scourge of the real world is eating into my available time and I haven't had a chance to pick up a paint brush this week (boo!). However this has not stopped me thinking about wargames projects and an email today from QRF started me on further pondering the Yom Kippur/Ramadan/Tishreen War (depending on who teaches you history!) 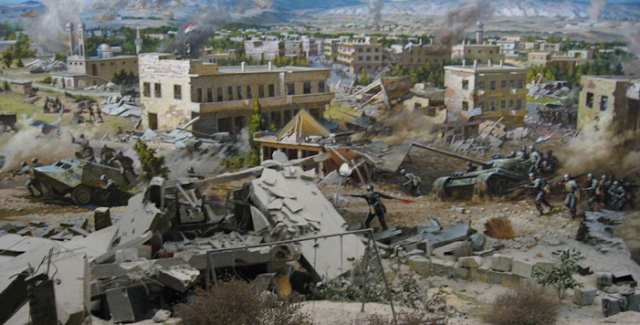 QRF are offering a 20% discount (enter code redtide) for orders over £100 on top of any other discounts such as their 10% platoon pack deals. They have been inspired by the work of Mike Edwards and the Cardiff Wargames Club who have produced a Cold War version of Flames of War which can be found here, complete with NATO, WarPac and Non-aligned army lists.

This is all useful stuff for my potential 6mm October War project, inspired by Big Lee's use of FoW for 6mm WW2 Desert Campaign. It is the 40th anniversary of the war this year so it might be one to start some planning on for a concentrated effort later in 2013.
Posted by Steve at 15:16:00