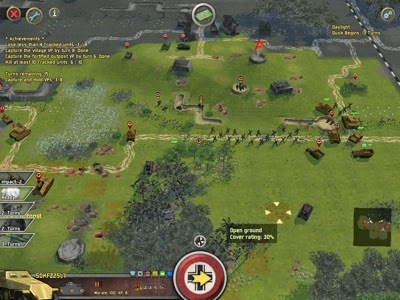 Based on the largest tank battle of the war, you get two campaigns for your £7.99,  the first containing six scenarios as the Germans on the northern edge of the salient and the second six as the Soviet defenders on the southern edge.

Unlike the previous Battle Academy campaigns (with the exception of the excellent Arnhem one), the scenarios are locked until you successful complete the preceding one. So far I've played two of the German ones and found them very well balanced and challenging, the first victory being won in the final turn.
Posted by Steve at 21:32:00