Yet another day lost to work and synthesizer shopping (though when you get reviews like this, I can't begrudge son and heir the time). So sitting down this evening I dug out the iPad and had a look at my latest iOS game, Sliterine's Panzer Corps.

This has been around for sometime and has a solid reputation. In some respects it is similar to the Shenandoah Games I enjoyed as well as Wars and Battles, but the campaign scope in the basic game alone is epic (you fight the war as the Germans from 1939 through to 1944). 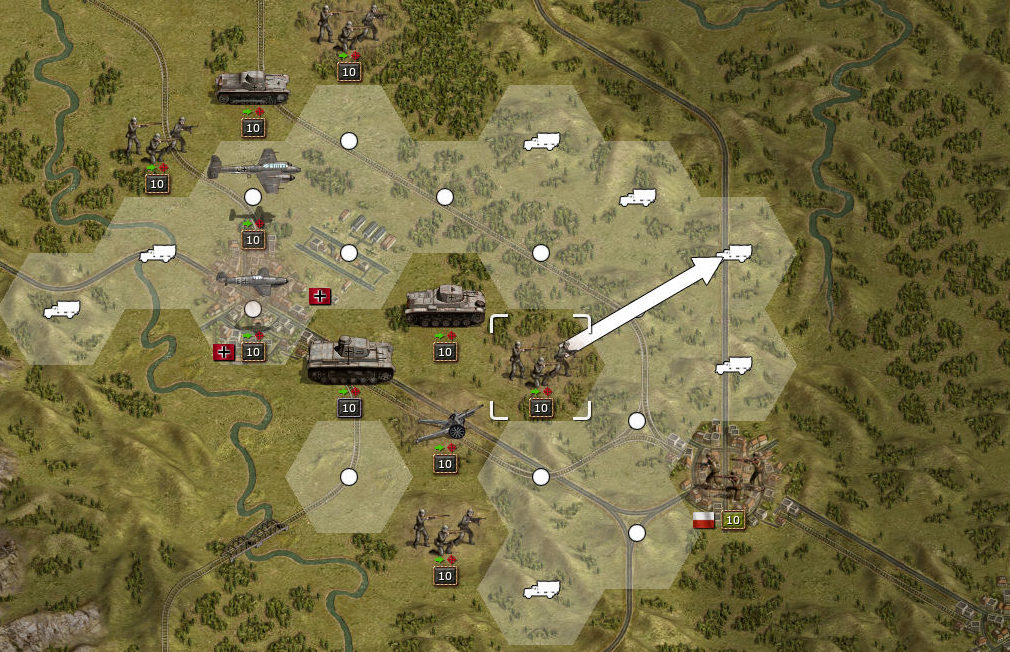 I've only played the first couple of tutorial games, but it already has me hooked and I can see that there is going to be fun balancing the need to blitz the Allied forces, whilst keeping units reinforced. Ok, off to invade Poland, wish me luck...
Posted by Steve at 21:14:00