The Flames of War App 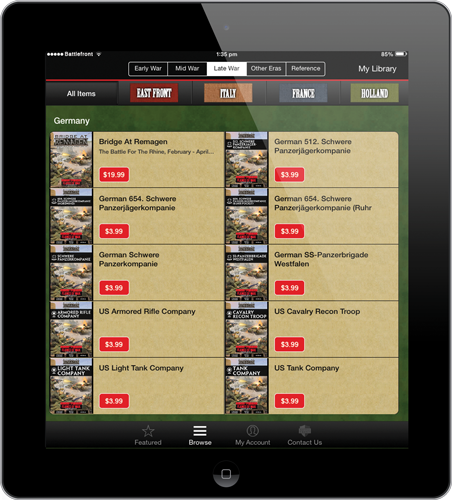 If any wargames company is really embracing modern technology, it has to be Battlefront. I've already discussed how they are pushing the envelope with electronic version Wargames Illustrated, so I was looking forward to the promised Flames of War app.

Whilst it is obviously early days, I think the app is pretty user friendly and intuitive to use. Battlefront have only started populating it so there isn't a lot of material available yet, but it still worth checking out. The third edition rulebook is available for free download along with the two Art of War painting guides, which are really useful for 20mm gamers as much as 15mm. 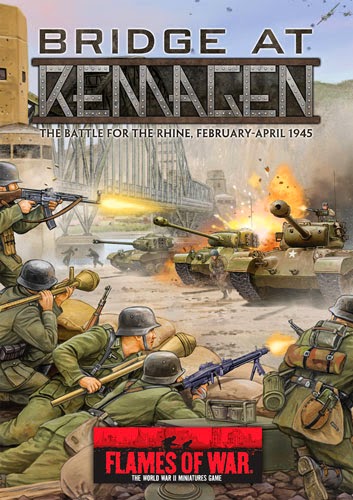 A couple of the campaign books have been made free to download as well, Bridge at Remagen and (the expanded) Fate of a Nation. A nice touch is you can decide whether you wish to scroll vertically or horizontally through these. There are also a number of German unit briefings (army lists in old currency) from the Devil's Charge, Panzers to the Meuse campaign book free to download.

There is also material you can purchase, including the Barbarossa campaign book, with the promise of more to come.

Even if you don't play FoW, I think their products are pretty useful, so if you have an iPad or similar, I would recommend downloading the app and grabbing some of the free stuff to have a look at.
Posted by Steve at 21:29:00