One of the great things about the Knight Models Batman figures being 35mm is that they not only fit in perfectly with the thousands of 1/43rd / 1/148th die-casts cars and trucks on the market, but also the licensed Batman ones!

The main source for most things vehicle wise for Batman is the Eaglemoss part work which has practically every version of Batmobile you can think of, and many you can't! :-) However there are other sources including ETRL who aside form some Batman vehicles produced a useful Joker van, one of which I have just picked up off eBay for a snip... 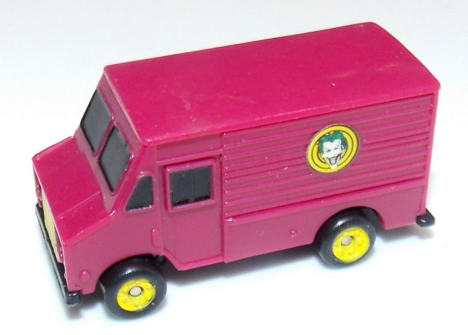 In other news I finally, at long last, finished block painting my first regiment of Confederate infantry, so I'll be digging out the dip tomorrow!
Posted by Steve at 22:07:00