Still propped in an armchair and with SWMBO gone out, having fed me ibuprofen and beans on toast, I dug out the box of Mantic Orc Axe Horde to make up. The box contains 30 figures and remembering I had several I had painted up a while back I decided to spilt the box to make two regiments adding in the spare bodies I had over from the Poleaxe unit. 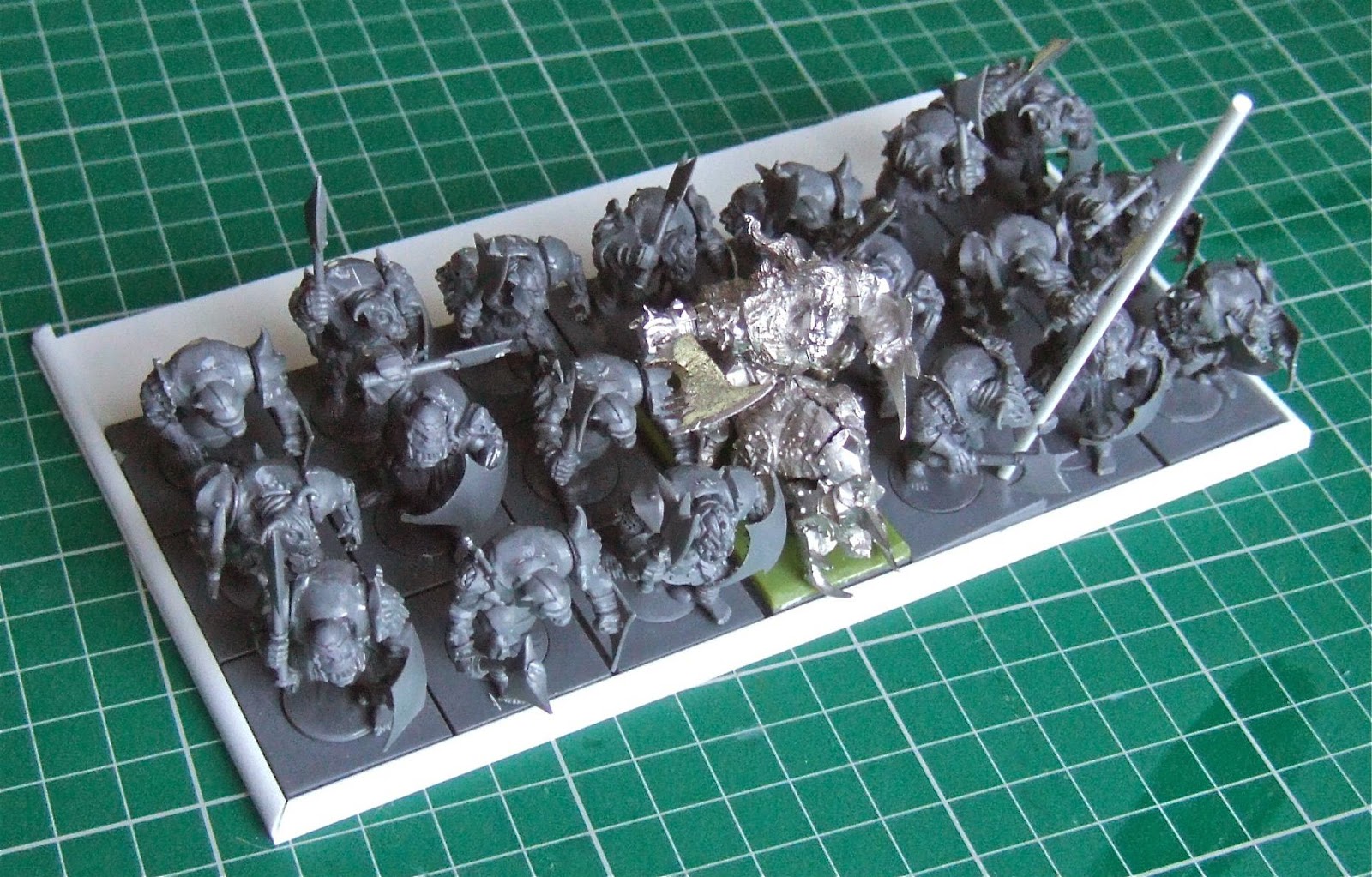 I decided on one 21 figure regiment and one 18 figure one, but after making the movement trays discovered I was two orcs short. To fill the gap I have included the mounted figure from Mantic's Orc Krudger's Gang which will fill the gap of two figures. The white metal model is nice but is going to require some serious filling with Green Stuff tomorrow. The larger unit is now constructed, the smaller one earmarked for gluing together tomorrow.
Posted by Steve at 19:31:00