I managed to finish the first French AFV's for Watch Am Escargot today, a platoon of three Hotchkiss H35's. Two are early model H35's and one H35 model 1939 (more commonly known as the H39).

The models are from QRF and in this day of injection moulded plastic and 3D rendered quite charmingly "old school". They might not be up to the straight line standards of the latest releases, but I like them and they fit nicely with the Peter Pig infantry. The tanks are quite small at 42mm long and I am pondering basing them. 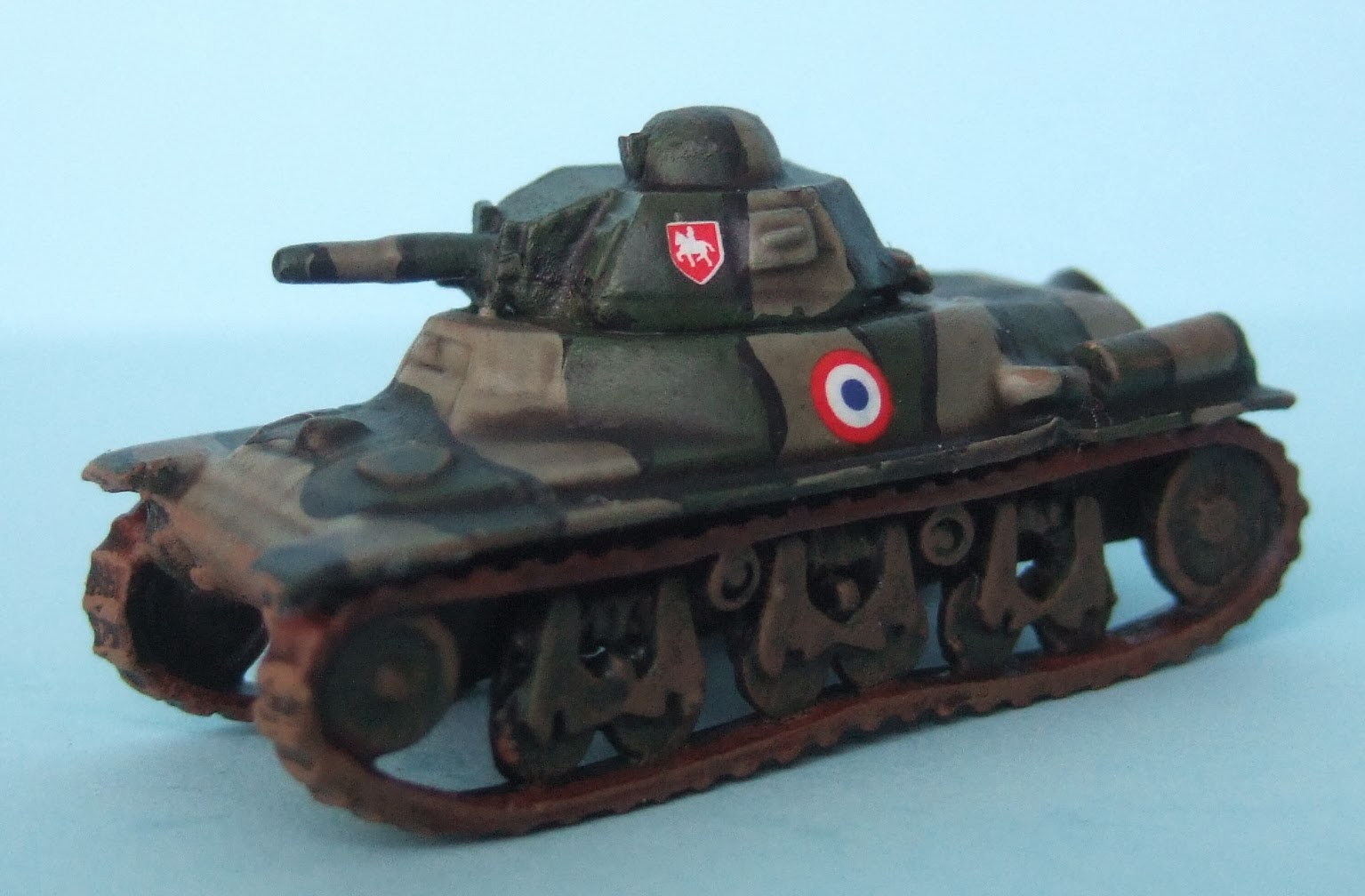 As the main bulk of the force will be Somua S35's painted in the more common three colour 1940 French camo pattern, I wanted the light tanks to look a bit different... 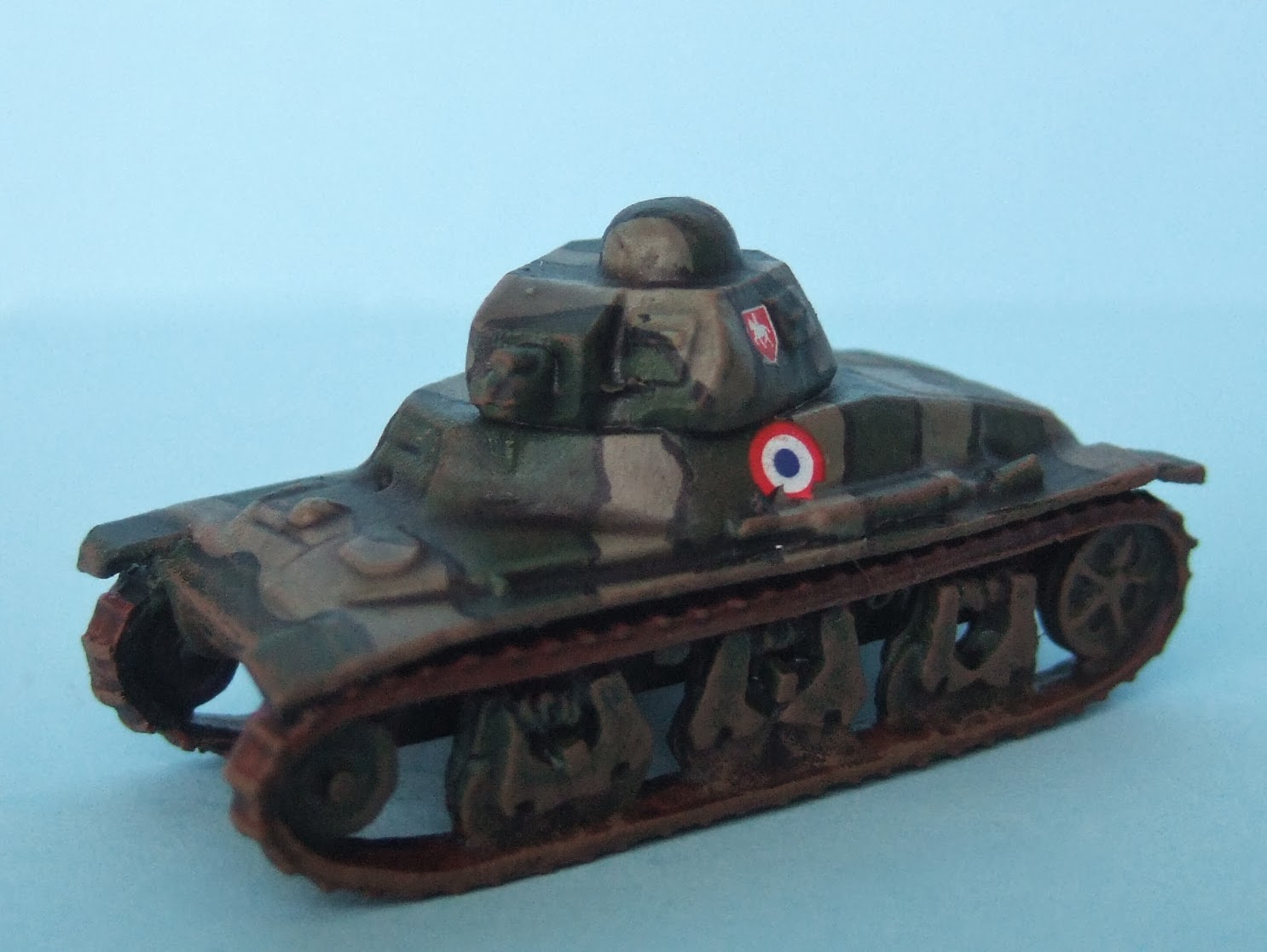 In the end I opted for a two colour green pattern based on the Heller 1/35th kit box illustration (below). I am not sure of its historical veracity, but there was so much variation in how the French painted their vehicles in 1940, it is quite possible that this "Dark Green" over pre-war "Army Green" is accurate. Whatever, I liked it... 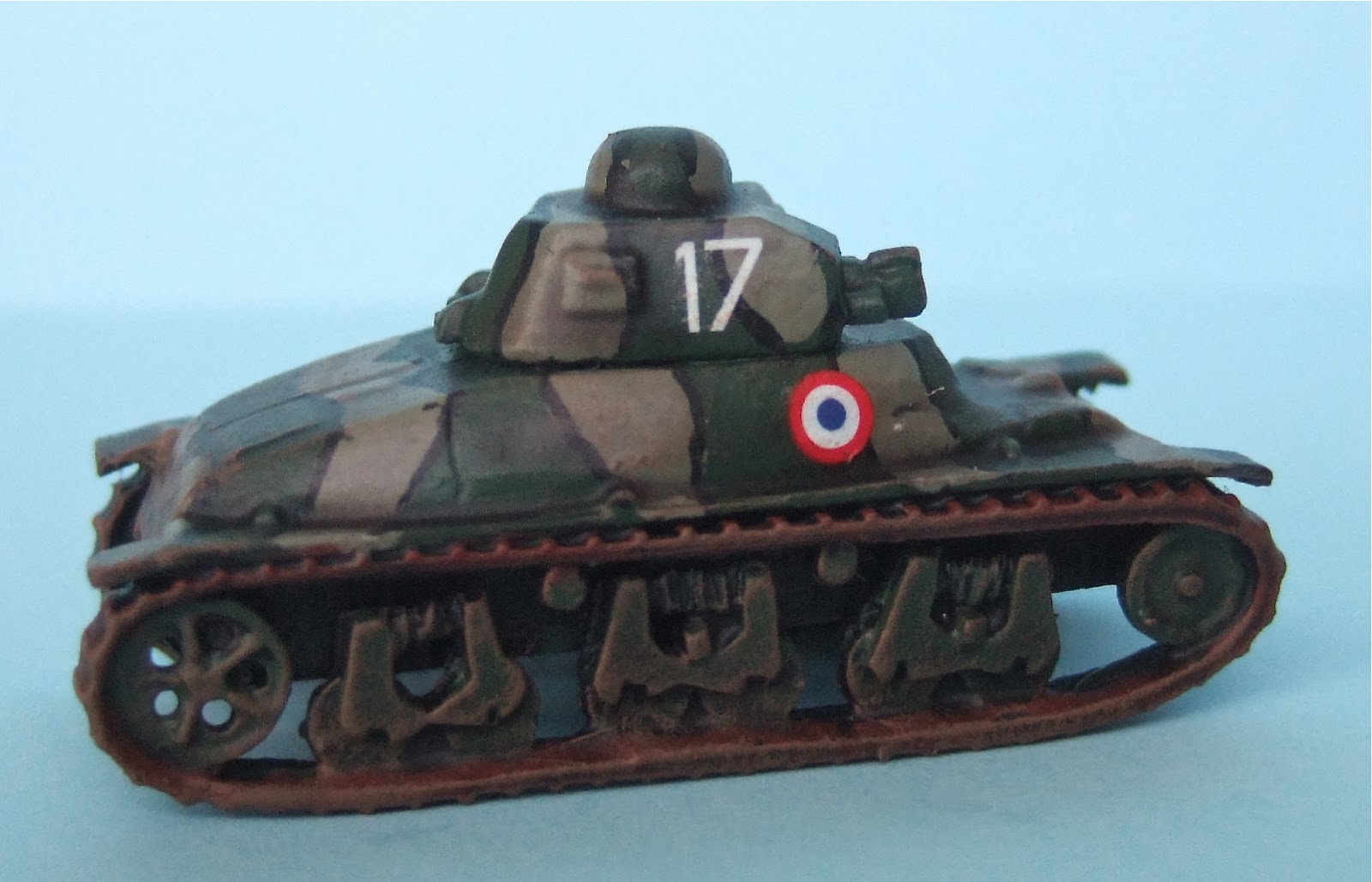 The models were base coated and then painted with Army Painter Strong Tone dip. The decals are Battlefront, and despite the oddity of the blue circles in the French roundels being separate from the red and white were very easy to use and not as fiddly as some 15mm decals can be. 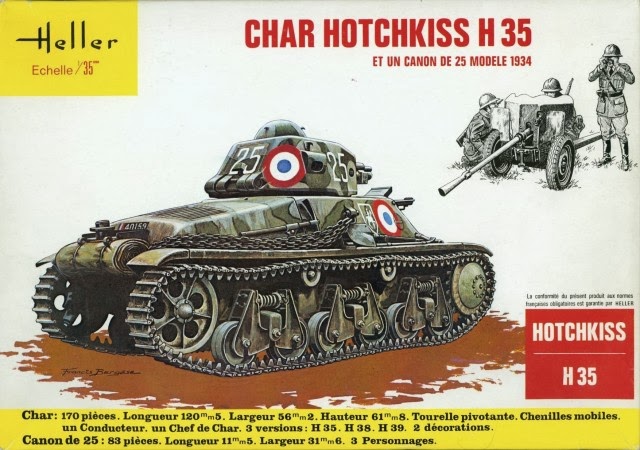