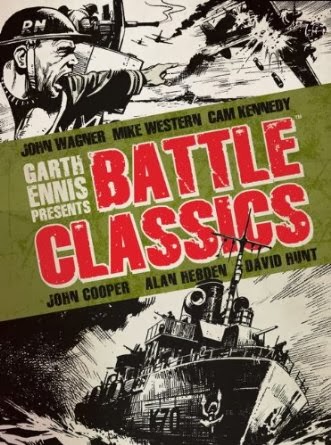 Just a little progress on Watch Am Escargot today, making up and undercoating three Hotchkiss tanks and four Laffly trucks, so nothing to photograph, but kind Mr.Postman delivered a copy of Garth Ennis Presents - Battle Classics. As you probably know I grew up with Battle comic and love the wonderful Titan reprints (Charley's War, Major Eazy, Darkie's Mob, Johnny Red etc).

Garth Ennis Presents - Battle Classics is an anthology volume but in the main is a reprint of the excellent H.M.S. Nightshade story (192 pages of the 256), with the addition of the General Dies At Dawn and three short stories notable for the artwork by Cam Kennedy.

H.M.S. Nightshade is the story of a Royal Navy corvette, recounted by veteran George Dunn and is beautifully drawn by Mike Western (who also drew Darkie's Mob and The Sarge, two of my other favourites).

Naval stories never really work in comics, Battle had not had a good track record and even the naval stories in Charley's War had been stopped after the Falklands one, however, John Wagner and Mike Western clicked and for the year it ran, the gritty story of H.M.S. Nightshade was one of my favourites in Battle - I always harboured the dream of one day getting old of the Matchbox 1/76th Flower Class corvette kit and painting her as H.M.S. Nightshade!

It's great to read the story again, hopefully it won't be long before the Major Eazy North African campaign stories are released, and hopefully The Sarge. 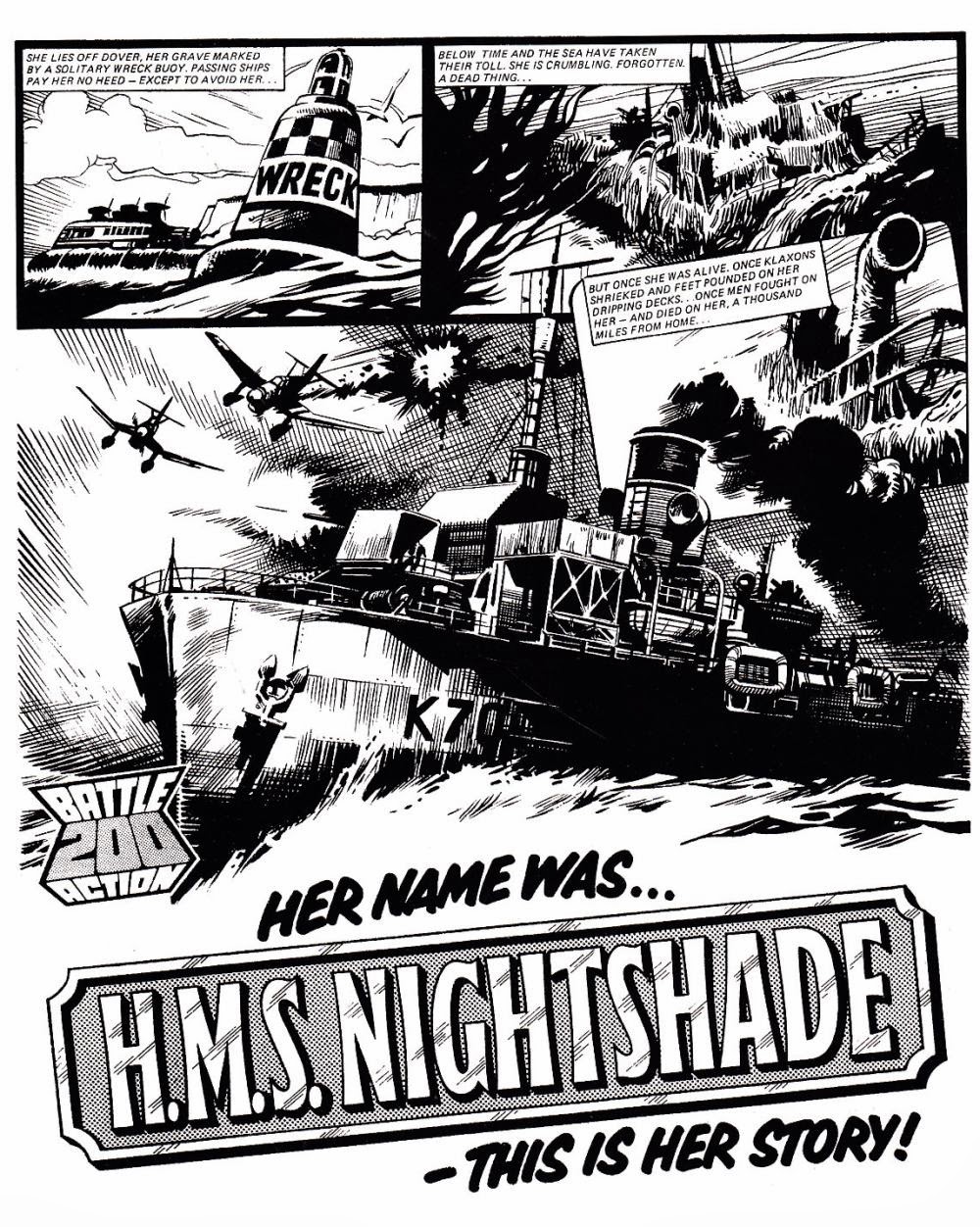