I popped into the local Antics model shop yesterday with the plan to pick up some Zvezda Bedford trucks for Watch Am Escargot to be confronted by a big blue display stand of Tri-ang 1/1200th die-cast model ships. 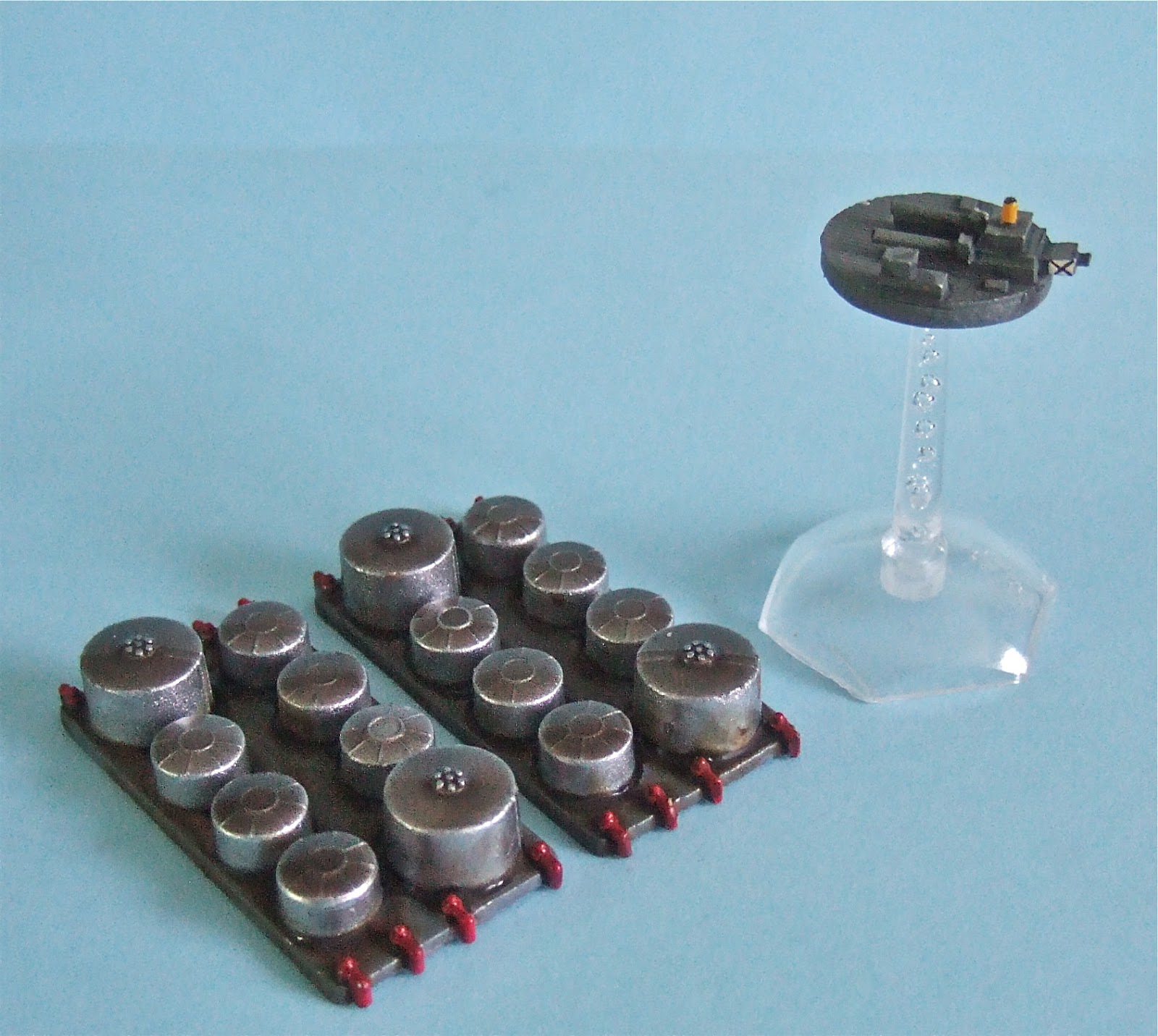 Some of these are new models but some sets are re-issues from the original Sixties line, amongst these some harbour accessories including these (M838) Storage Tanks. As they were 1/1200th scale and only £3.50 for two pieces I decided to pick up a set to use as Aeronef targets. 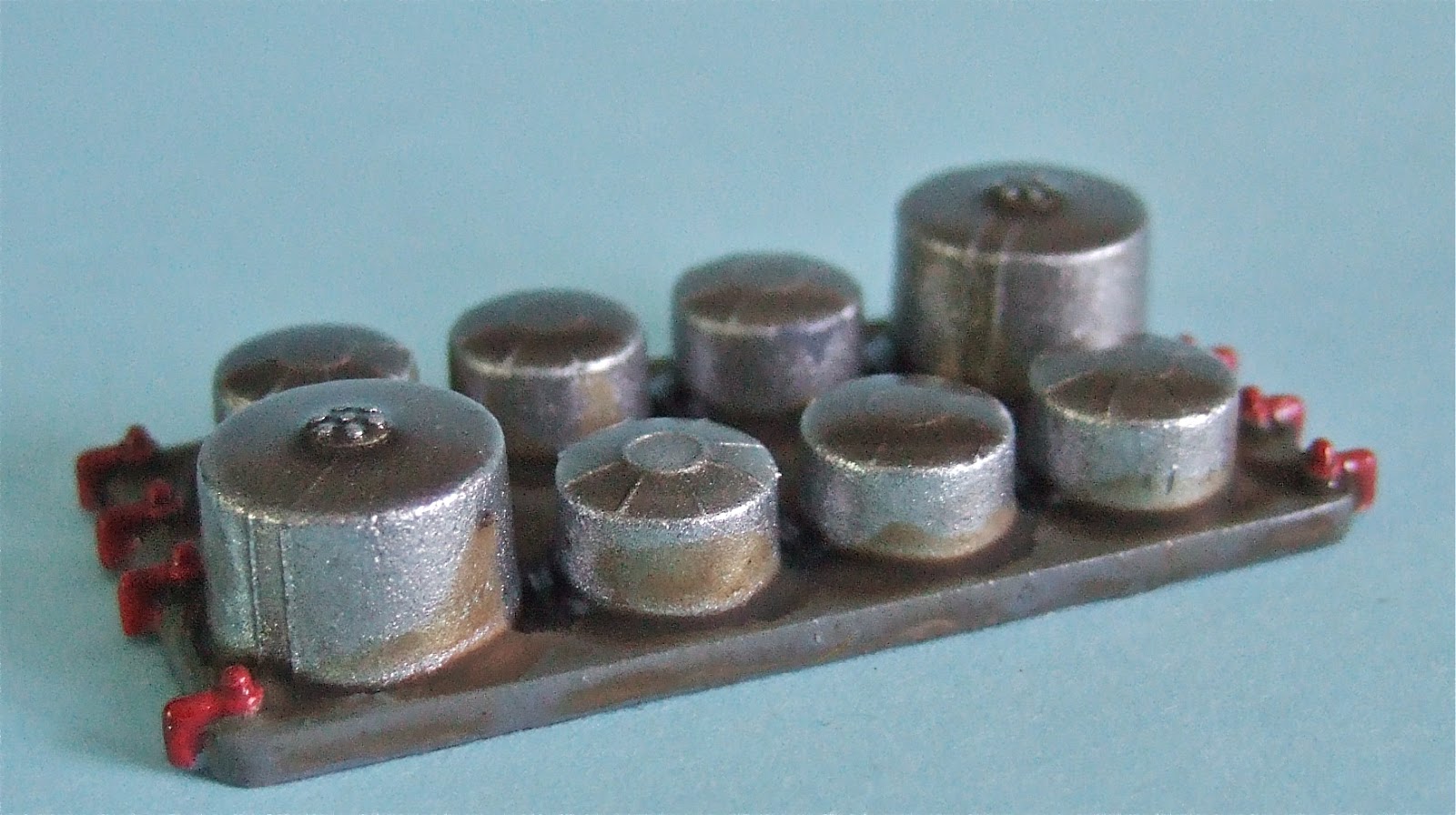 The models are pre-painted (in this case just the pipes) but I decided to tone them down slightly with some Strong Tone dip and London Grey paint on the bases. The end result is quite effective and I might get another pack to make a bigger target (and get the trucks which I forgot...)