One of the more fun looking factions in Donnybrook is the Tribal War Party, which can be any tribal types encountered by European forces from North American Indians to Moors to Central African headhunters... Recently I picked up a couple of blisters of Crusader Miniatures Woodlands Indians, ostensibly designed for the C18th French-Indian Wars but equally usable for C17th actions and an Algonquin Tribal War Party. 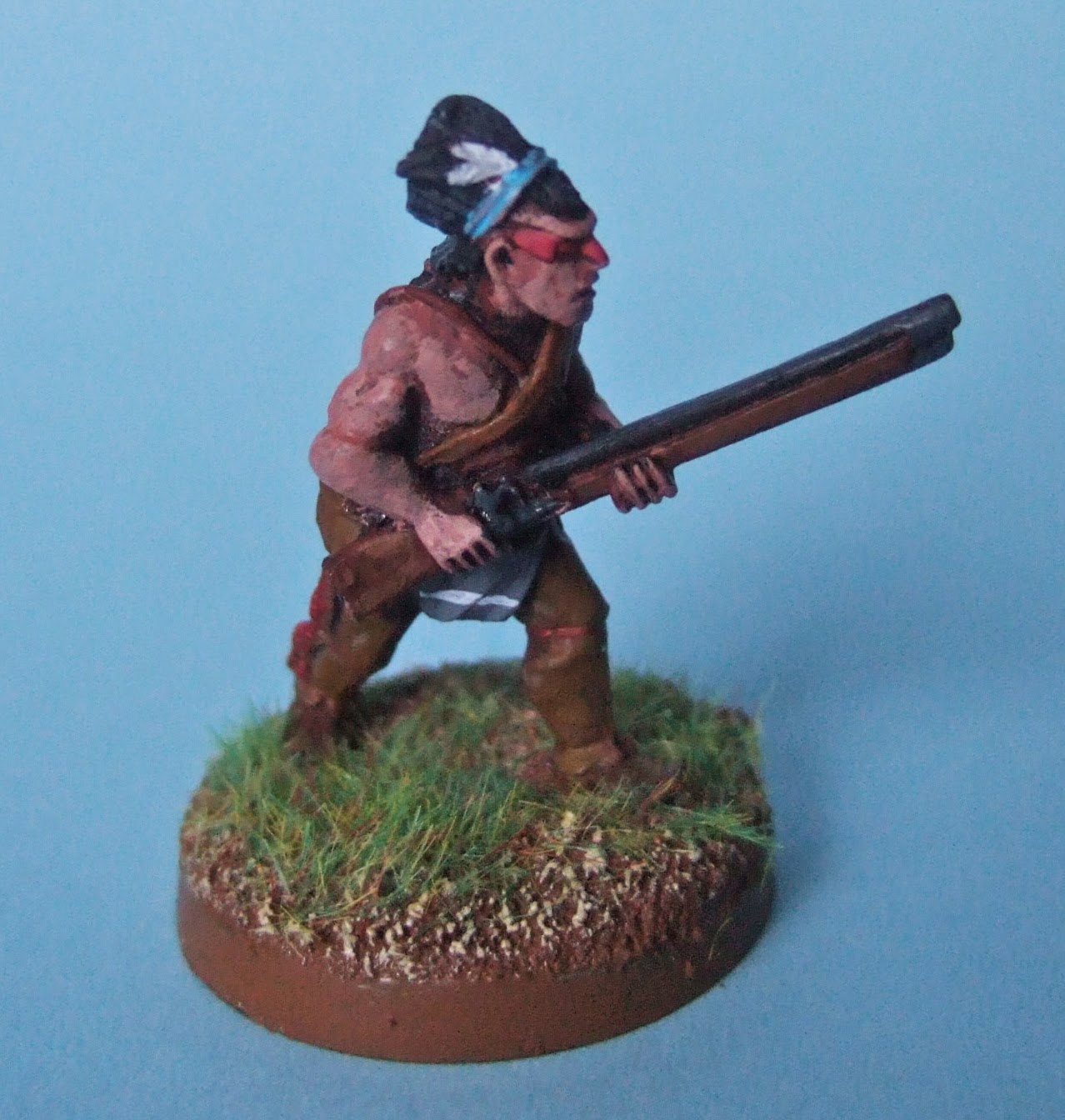 I've not painted a Native American for many years and not in 28mm so I worked on a couple as test pieces, finishing one today. The flesh is the hardest part and I have read so many different ideas on getting something that looks right. For this miniature I have used an old pot of Citadel Tanned Flesh with highlights in a mix of Tanned Flesh and Vallejo Flat Flesh, the end result being reasonable. 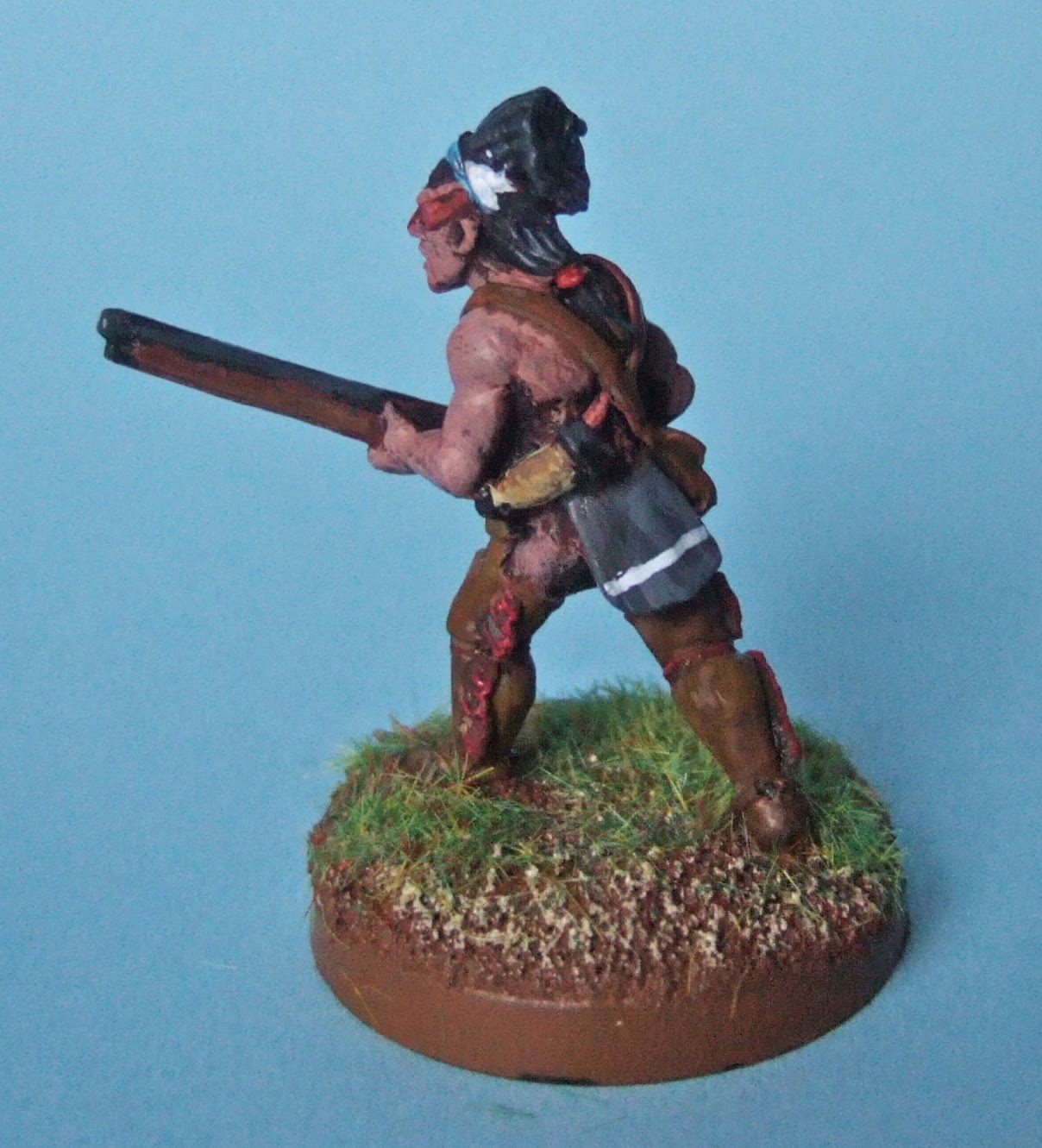 A rummage in "Lead Mountain" found some more C18th Woodland Indians from the likes of Conquest, Eureka and Galloping Major Wargames, most of which have now been based up and undercoated.