It's taken far longer than planned (my fault) but the master dollies of the Darke Lands Dwarf Schutztruppe have been cast and are now back on their way to Bob Olley for him to weave his magic with them. I took a quick snap of some of the castings before they went...

The heads are separate and the pith helmet head is for a Dwarf big game hunter. Bob has also commenced work on the Zulu Halflings which will look a lot better than my rough concept sketch... 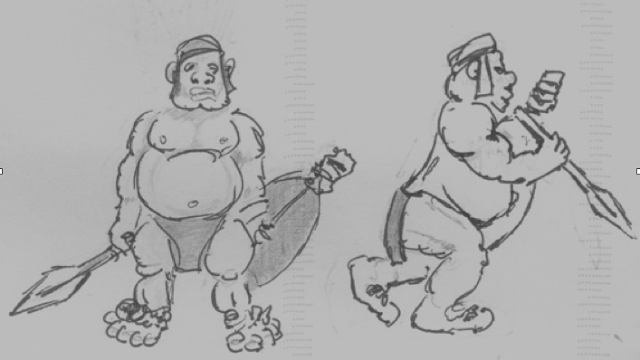 After the Halflings, it will be the Orcs (singing"Orcs of Horlicks" or some such music hall ditty...)
Posted by Steve at 15:07:00