Another fit of "Attack the Lead Mountain" enthusiasm saw me tackle a regiment of old Citadel Fantasy Tribe Goblins. Indeed at 34 years old some of these miniatures were actually Fantasy Tribe Gnolls before they were rebranded in 1982. 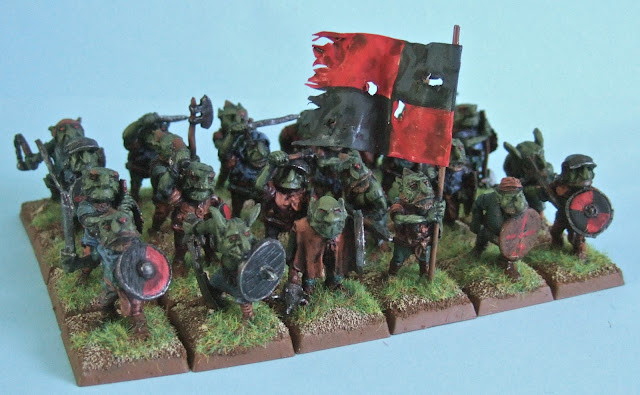 These are pretty much the oldest fantasy miniatures I have in my collection (aside from some odd adventurers) and whilst one regiment was painted up in my teenage years, for some reason this second one was not. 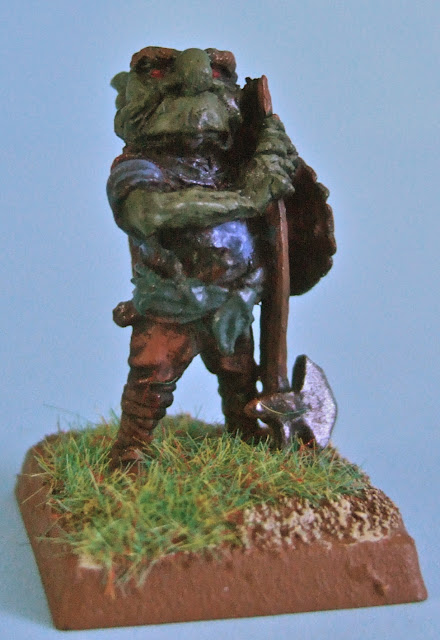 The Fantasy Tribe range are still some of my favourite miniatures and collecting the "bad guys" I have Fantasy Tribe Goblins, Orcs and Trolls, but unfortunately no FT Dwarves (and to my mind they were pretty much the definitive dwarf look). The great thing about the FT range were the random figure variants so your units had a distinct rag tag look to them. 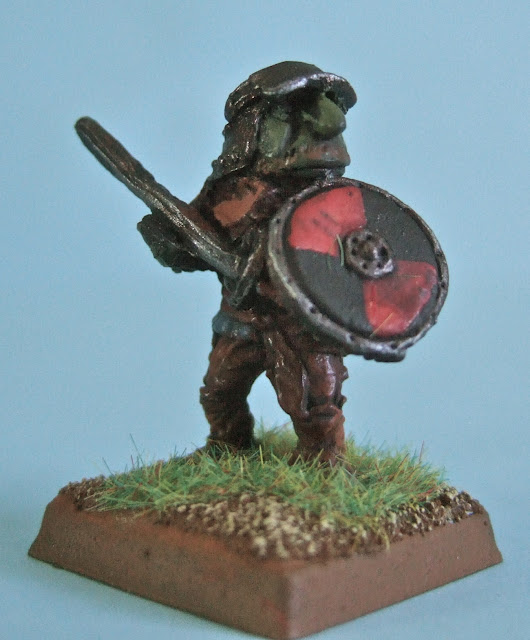