Death Korps of Preisgünstig! (and Watch Out Gromit!)

Anyone with a passing interest in 40K must have cast an envious glance at Forgeworld's superb Death Korps of Krieg range and subsequently bought a lottery ticket in hope rather than expectation! I must confess to being in a similar boat but undaunted cast my eyes around for suitable (cheaper) proxies. 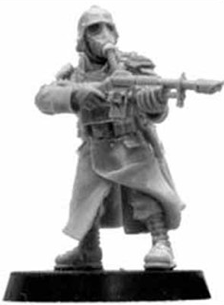 First and foremost are Wargames Factory's plastic Shock Troops (Sci-Fi Greatcoat troopers).  For around £18 (they can be found cheaper) you get 18 multi-part troopers with tons of extras (the box includes 84 heads!). They are nicely done and easy to make up in a variety of poses. A complementary Support Weapons box is also available. At about £1 a miniature, that compares favourable with Forgeworld's £3.70 a trooper. 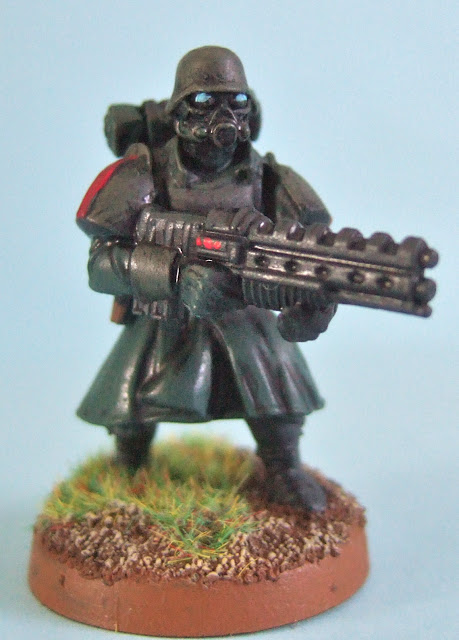 As stated the Shock Troops box gives you a ton of bits for your spares box and consequently I investigated even cheaper options to convert using these spares. You can't get much cheaper than Prince August's Warzone Mutant Chronicles Bag of 80 Plastic Soldiers for just £21.48 (27p a figure). Ok, the contents a bit limited but they are decent enough and by combining heads and other bits and pieces from the Wargames Factory box you can get very pleasing results (the one below uses the Imperial Trooper body...) 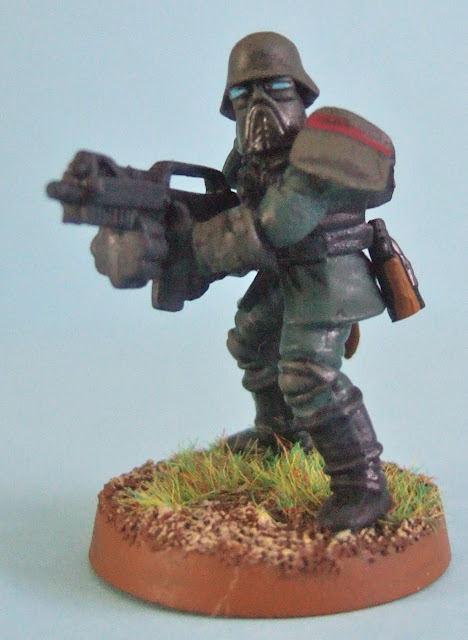 When it came to painting I have kept things to an absolute minimum for these test pieces. I decided against painting WWI German Camo on the helmets or Freikorps skulls. I may do this once I make up and sort out the rest of the models using this to differentiate between regular troopers and elites, but today have stuck to using Vajello's 830 German Field Grey and 920 German Uniform for the most part. 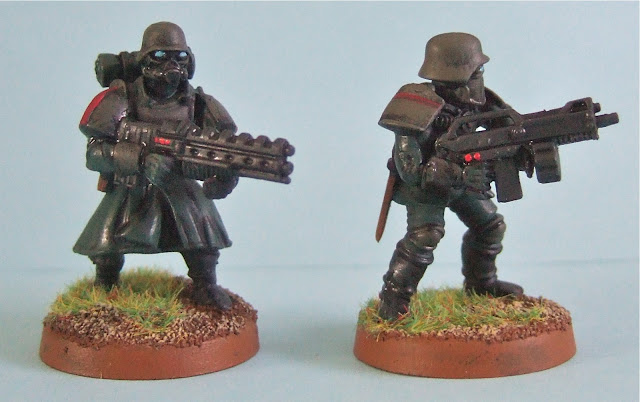 Overall, whilst they cannot compete with the high quality Forgeworld releases, these are decent enough proxies and by combing the Wargames Factory and Prince August packs they will cost a fraction of the price.