I have managed to finish a couple more Citadel generic fantasy fighters for my band of brigands mercenary unit (aka the solution to all the odd figures you bought years ago). 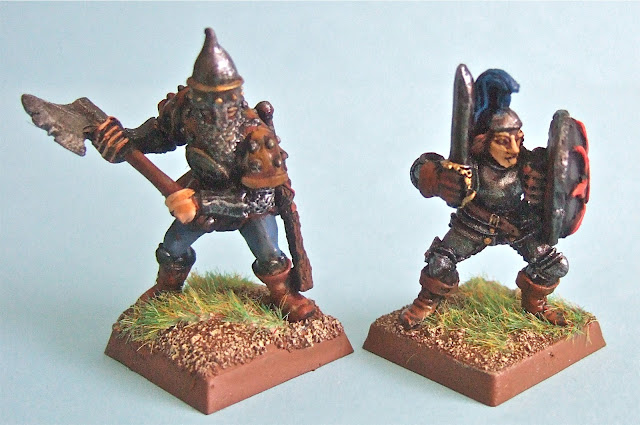 The first one is a pre-slotta figure from a 1984 boxed set called Knights of Chaos. This obviously predates the ten ton armour look and the four Chaos gods of the Realm of Chaos background as on the box he is called Red Dulmoon - Dark Saint of Insane Gotd (who is Gotd?). Nice miniature this and I am working on a few others from the box. The fact that he doesn't look like a current day Chaos follower, makes him ideal as a slightly nasty looking fantasy fighter for the band. 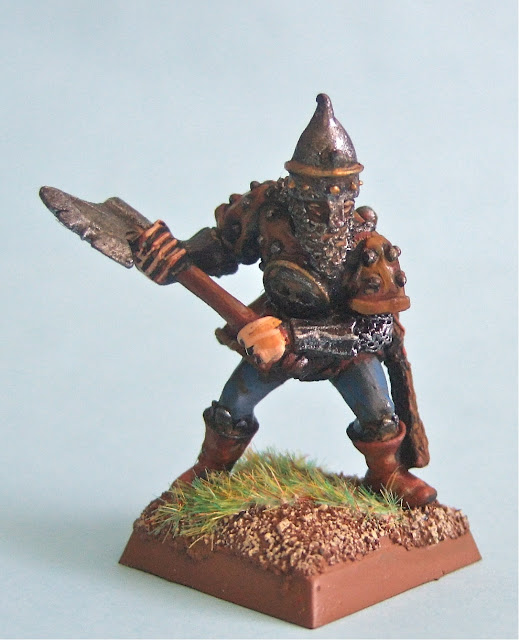 Second is a slotta-era female fighter. I must confess I don't particularly like this figure, the sculpting is not of a very high quality, but she will fill up the unit hiding somewhere in the middle! 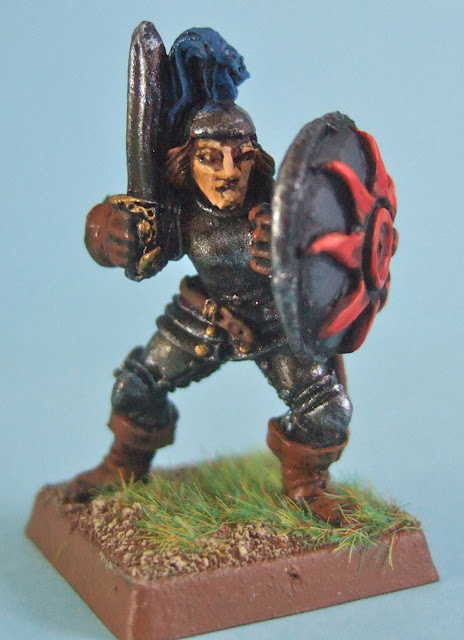