I managed to finish the first of the Koninklijke Nederlandse Landmacht (Royal Netherlands Army) today. Gothic Line Miniatures are the only company I know of who manufacture 28mm Dutch infantry for the 1940 campaign, which is a shame as they are an interesting looking army and certainly posed more of a problem for the Germans than was expected. 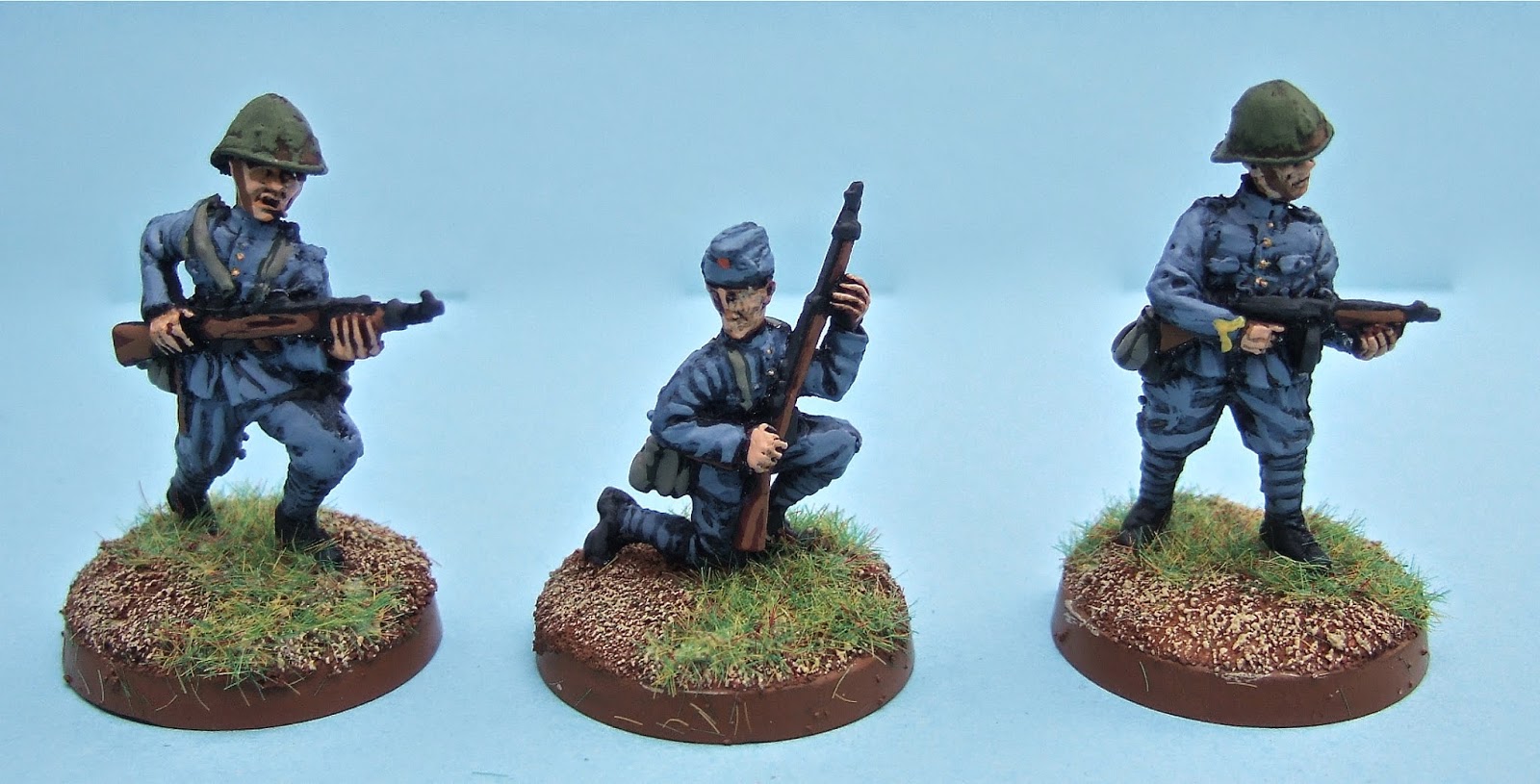 Gothic Line Miniatures have released just one code with ten miniatures in the blister, this is a shame as you only need one of some types (eg. officer) and could do with duplicates of the riflemen if you want to model a full section (or a platoon for the likes of Bolt Action). Outpost Wargames manufacture some Romanians that wear the same helmet and have puttees which might be compatible and allow for expanding the unit. For a section level skirmish game, I am going with an understrength eight man section. 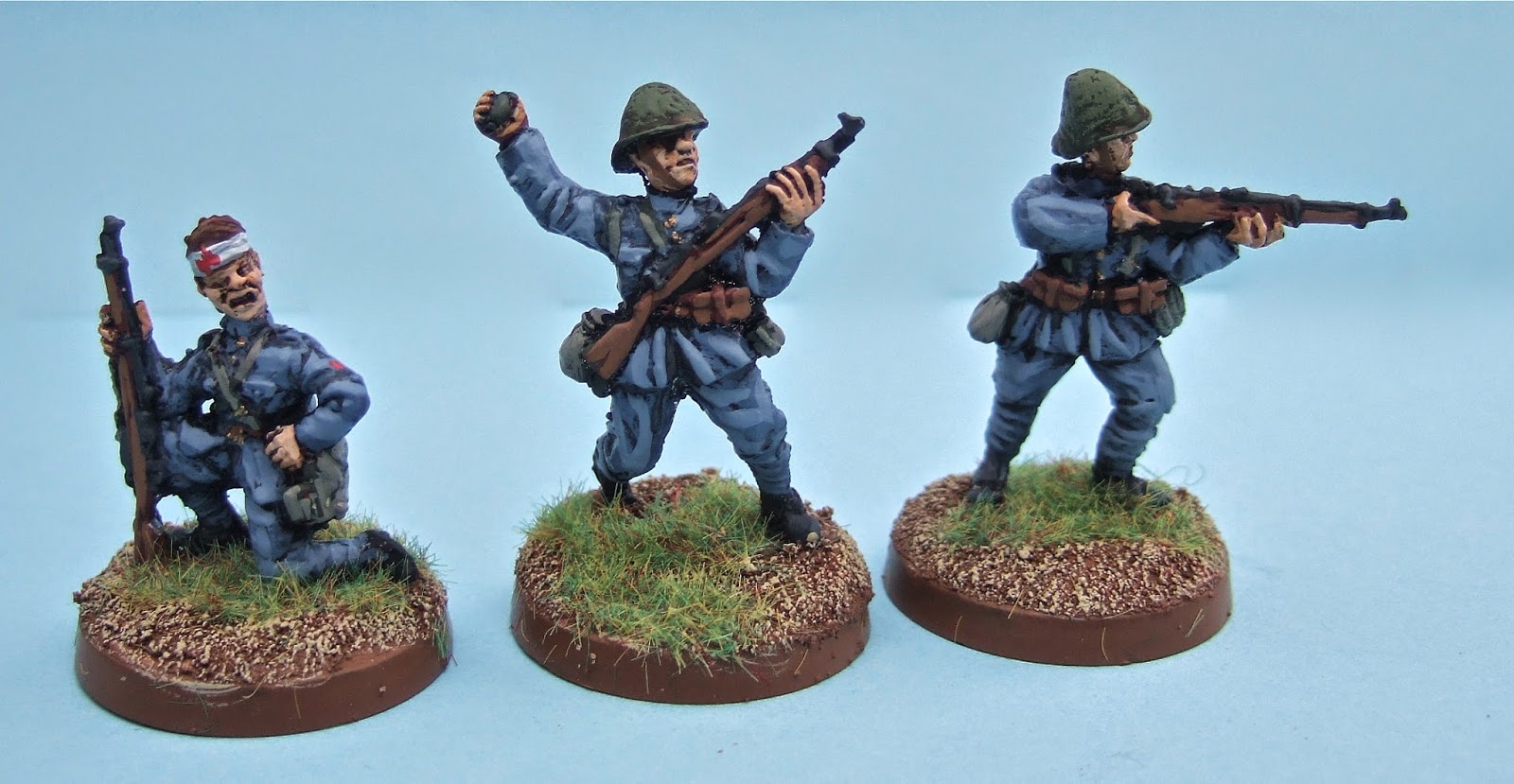 The models are a bit quirky, not Copplestone/Artizan standard, but reasonable enough and they have painted up pretty good. The blue-grey Dutch uniform is a bit of a problem, the plates in the Osprey Hitler's Blitzkrieg Enemies 1940 looks too grey compared to photos on the internet, but these themselves vary considerably (some looking green-grey). In the end I went with some old GW Shadow Grey with light grey added for highlights...