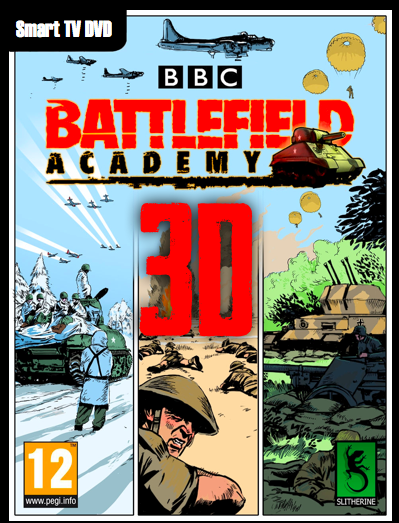 The news from Slitherine that they have been developing a 3D version of their BBC Battlefield Academy game for use with the latest Smart TV's is really exciting.

Apparently the BBC has been driving research into using the opportunities offered by the latest hi-tech Smart TV's and 3D technology for their licenced game ranges and Slitherine have used this research to devise a fascinating variant of their computer game that now will be projected onto a flat screen PC which will display the battlefield and units in a computerised 3D.

Gamers will apparently need one of the new generation table PC's (like the Lenovo machines) linked to a Smart TV and a set of 3D TV glasses each which when combined will allow the gamers to see a 3D computerised battlefield on the PC board.

Obviously the initial set up is going to be costly as the game uses the lot of brand new technology, but as we have seen with 3D TV's and tablets the cost of new tech soon comes right down. I am a huge fan of the Battlefield Academy game and its playability, intelligent PC opponent for solo games and variable scenarios and campaigns make it a great game. A 3D version will make the experience even better and I wonder whether we are seeing the future of tabletop wargaming, the end of pushing expensive pieces of metal, plastic and resin around and the start of commanding virtual 3D armies?
Posted by Steve at 11:54:00