History Through The Ages

Yesterday the extended family congregated at the History Through The Ages event organised by The Sealed Knot and Battle of Cheriton Project. Whilst I have never felt the urge to dress up in period costume myself and hit someone over the head with a replica weapon, I must confess I do enjoy a good re-enactment, especially English Civil War ones that have a fair number of re-enactors. 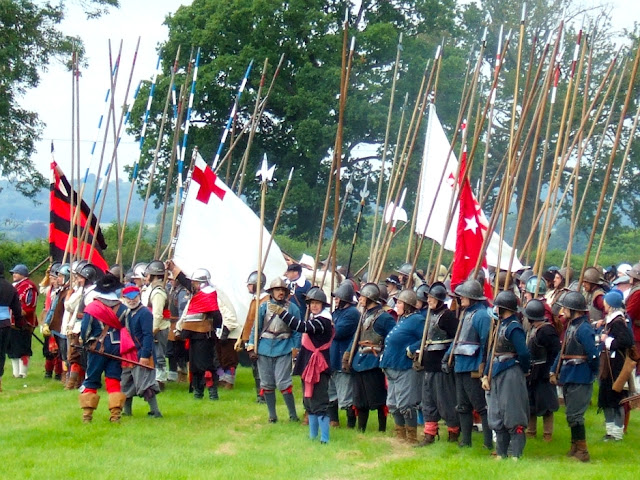 The main event was a re-enactment of the Battle of Cheriton, which was nicely done with one a couple of regiments of foot a side, a few cannon and three cavalry (even these three demonstrate how intimidating cavalry are when they gallop past you despite the protection of two safety ropes!) 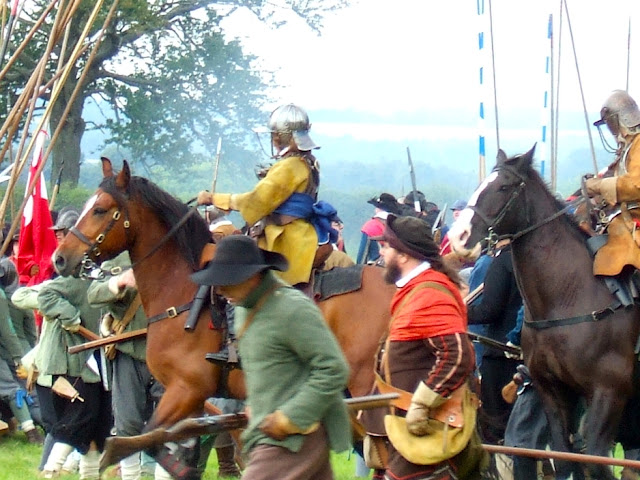 It was also nice to be able to wander around the EWC camp after the battle and the re-enactors there acting in period were very interesting, the kids being fascinated by the foot powered lathe and solar watch, and the women with 'Napier's Bones' (ok, I was quite fascinated with this too). 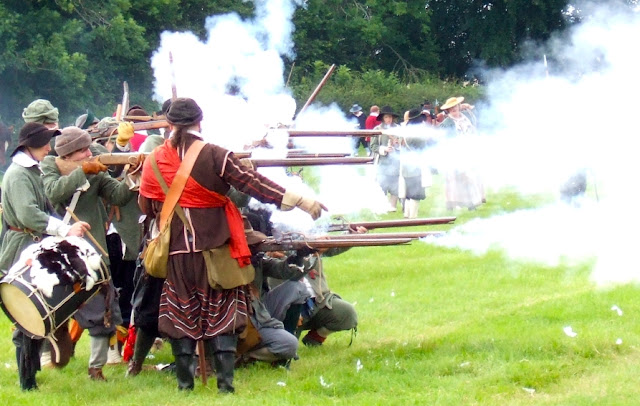 Aside from the Sealed Knot, there were a number of other small re-enactment groups including a small household contingent from the Wars of the Roses, who again had an interesting encampment and undertook a brief skirmish between themselves which demonstrated how simply a bill could trap an opponent's weapon, allowing you to swiftly stick your dagger in his throat! 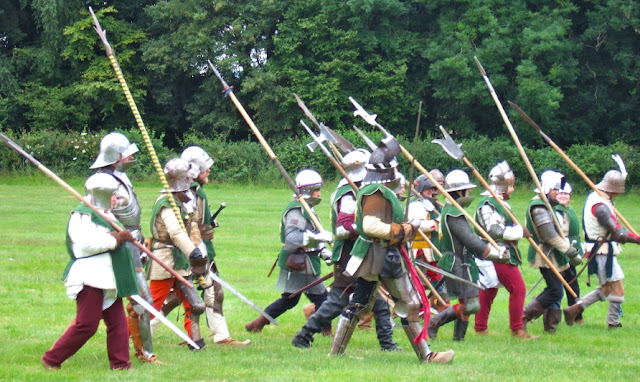 There was a also a WW2 British paras re-enactment group (who kindly let the kids hold and examine their weapons) and a small Napoleonic group with British and French. 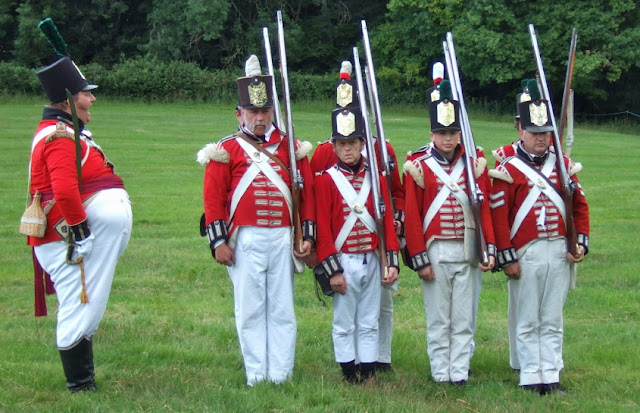 There were a number of trade tents including one selling Warlord Games ECW figures (the heat must have got to SWMBO as she was encouraging me to buy some at one stage!).  I did resist but took the opportunity to join the Battlefields Trust which I had been meaning to do for ages and as well as getting a year's membership they gave me a pile of back issues of their Battlefield magazine (which is really interesting) and a signed copy of Julian Humphrys' Enemies At The Gate.
All in all a good day, there are some more photos of the re-enactors on my Facebook page amongst pictures of the kids and Barney the dog eating an ice cream if you are interested!
Posted by Steve at 10:19:00