End Of The News Of The World 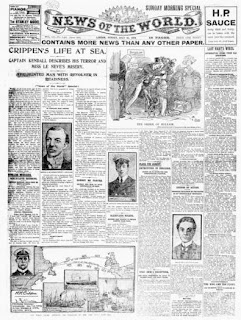 I'm not sure how the News of the World phone hacking scandal is being reported worldwide but as a result of the furore today marks the end of the 168 year old Sunday newspaper as News International have decided to cease its publication. The paper is not one bought in the Blease household but it does seem a shame that such an institution is binned in such a manner.

Anyhow, the main reason for bringing it to your attention is that in the last issue they have run a nice feature on HMS Liverpool, on which my son-in-law is serving, which is currently in action off the coast of Libya which might be of interest to some of you.
Posted by Steve at 10:57:00