The dusting off of my October War collection for games of Seven Days To The River Rhine and Charlie Don't Surf (and more recently WRG 1950 to 1985 and Fate of a Nation) led to me rummaging in the filing drawer of metal to see what else I had. I found that I had enough GHQ M48A3's with 90mm cannon to make up a tank company of Magach-2's 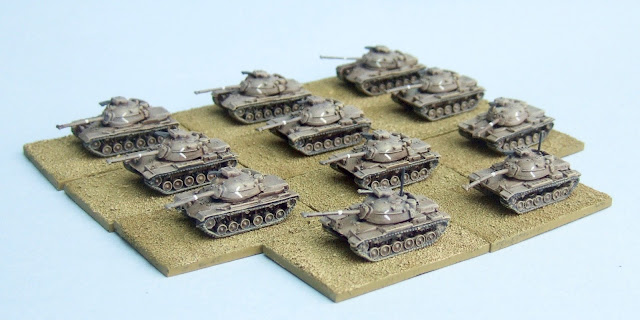 Unlike the Magach-3 (which also sported a 105mm cannon), the 2 version was an unmodified M48A2C with turret cupola, however it was only used in the 1967 Six-Day War in this configuration (the turret cupola was replaced by 1973. So this means a my 1973 October War project has now spread into the previous war but as a lot of the equipment is good for both it is a small stretch and an excuse to paint up some Egyptian T34/85's and more Israeli Shermans! 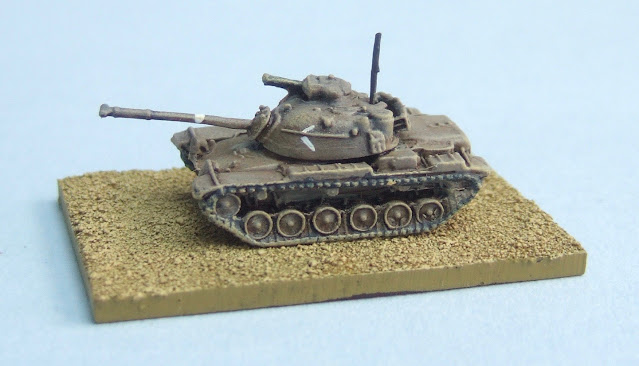 The GHQ M48A3A5 pack is something of a pain in the rear end as the five tanks only have three 90mm turrets but five 105mm ones - with the turret cupola, which as far as I can see had pretty limited use, so I will have to resort to taking the scalpel to the remaining models sat in Lead Mountain.