So there I was not even considering Normandy Firefight and not maybe, one day, considering some 54mm skirmishes set maybe in Italy or Burma, not in the slightest. Then was does Boggler do? The comments on yesterday's post with: "I have acquired all the requisite bits. The thing that puts me off is the terrain?"

Good point I think and go to bed. Then it starts niggling away...

On the school run I'm pondering whether 1/35th terrain like the Tamiya brick walls would work with 28mm as well as 54mm figures then having tea I had the 'eurkea' moment! Jungle terrain is generally non-scale specific, eBay and Burma here I come... 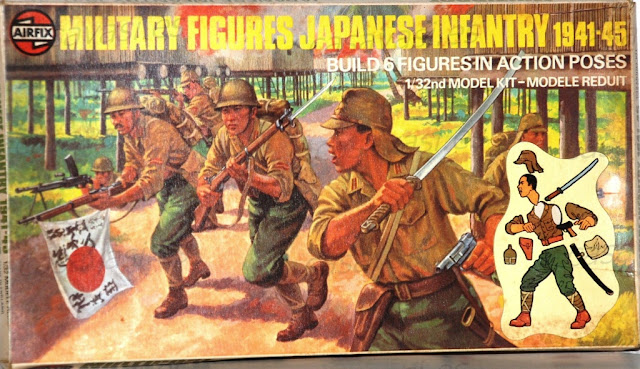 So now, thanks to Boggler and his conundrum(!) I now have bought some Airfix Multipose Japanese and British infantry (and some Afrika Korp, not sure why but 12 figures for £10 seemed good value when I watched the bidding war for the set one up explode on the list hitting £17 for just 6 in an old box!) and am spending too much time Googling photos of the 1944 Burma campaign - Thanks Boggler!!! ;-)