My first plane for the Workers and Peasants Red Air Fleet is this repaint of a Wings of War Sopwith Snipe. A simple enough job as Tamiya's NATO Green is a near perfect match for the pre-paint and covers the RAF roundels effortlessly. 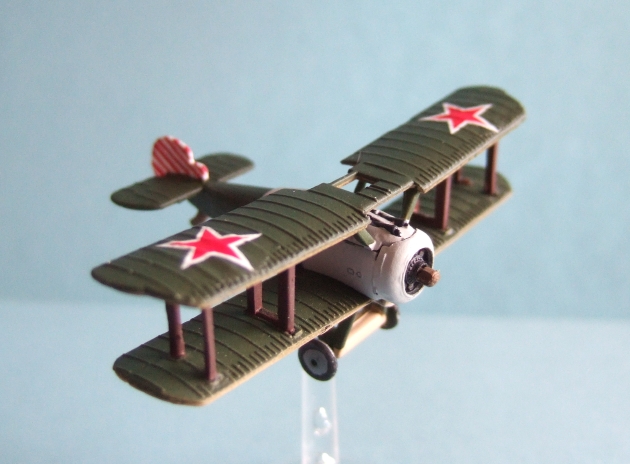 The red stars are probably inaccurate with the white edging (I don't think they came in until WWII) but it does help define the edges nicely and given the hodge-podge of different WPRAF markings in the RCW (red stars, red stars on white circles, black stars etc) I'm happy enough... 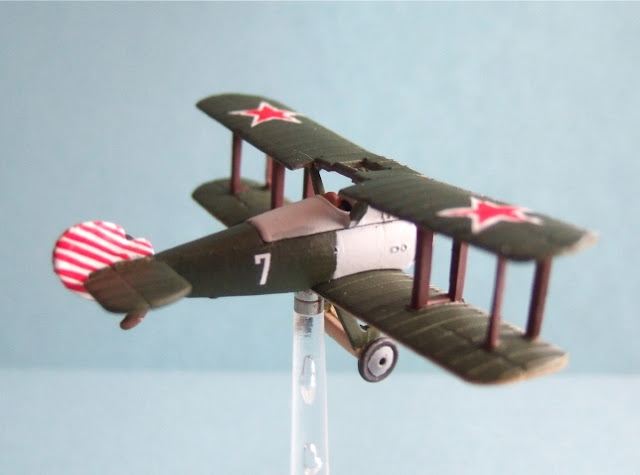 I did find a lovely illustration of a captured Snipe called Nelly with red stars painted directly over the RAF roundels which would have made for a unique looking model but I'd already painted over the roundels when I found it. Still, a good excuse to buy another Snipe for the workers! WPRAF Camel next...
Posted by Steve at 15:56:00