Revenge Of The Wargames Widow...

Gentlemen be warned, the SWMBO's of this world now have a weapon in their arsenal to inflict on the insensitive male who has dragged his partner around countless wargames shows saying "ohh, look at the epaulettes on that one" - THE CRAFT FAIR! 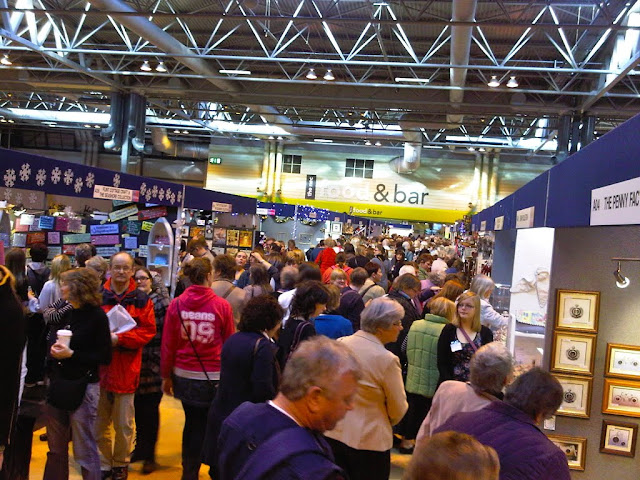 Saturday saw the Blease Clan driving up the M5 to the NEC again, this time not to Games Day or to see Iron Maiden, but to a massive craft fair, and when I say massive I mean MASSIVE!! Imagine Games Day crossed with Salute multiplied two or three times and full of manic women determined to spend, spend, spend (and this was a four day event - Sunday is apparently worse!). 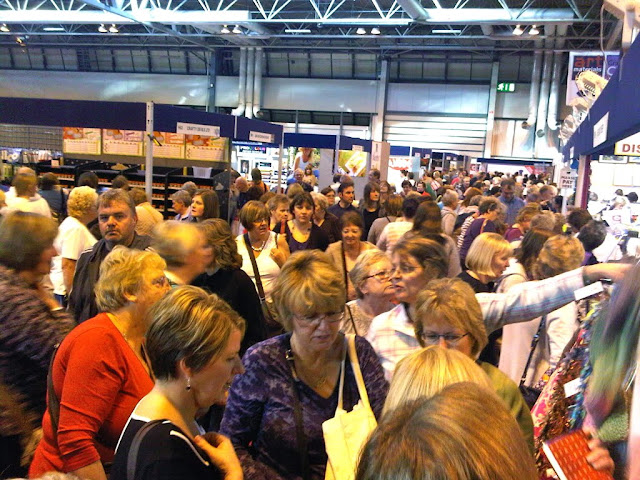 SWMBO enjoyed herself immensely, Saul and myself retired from the overrun crafting section to the stalls section where they sell various gifts including jewellery (useful for Christmas presents for SWMBO), toys, musical instruments and food (lots of excellent samples including sausages - we could have joined the Sausage Club - and beer).

We have been without Internet access since Thursday and it is surprising how reliant we have become of it, just checking basic uniform details was a problem or even ordering new wargames stuff (still I had a brace of goals by Torres to cheer me on Sunday!).
I am still beavering away on the 2mm Belgians (and supplement) for Land Ironclads. Having had a (hopefully final) small op yesterday at the BRI I have to avoid traveling for several days so this should allow some free evenings to finish this off and maybe start something new (I've rescued some old 28mm Maximilian figures from the lead mountain and am tempted to do them but with Christmas coming up I may have to paint some stuff up for Saul).
Posted by Steve at 11:24:00