The Men Who Would Be Kings: 'Ere's To You Fuzzy-Wuzzy!

My British Field Force played a game of The Men Who Would Be Kings last night at BIG and I have the unfortunate duty to report that things did not go very well for the Sons of Empire and Gordon has still not been relieved!

Playing Mad Mullah George, we rolled up the 'It's Awfully Quiet Out There...' scenario, meaning as defender I had to reduce my Field Force to 18 points, so I decided to stand down one unit of Regular Infantry (as they were only undercoated!) and try putting the natives of the Sudan in their place with two units of Regular Infantry and one of Regular Cavalry. 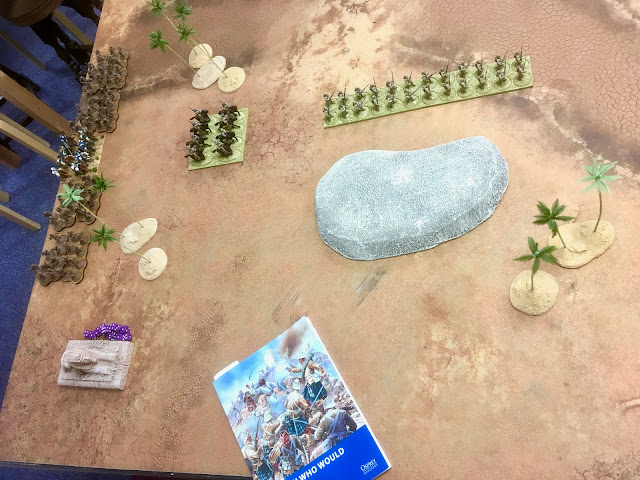 His Tribal Cavalry immediately attacked my Bengal Lancers Regulars (who had left their lances at home) inflicting three casualties. However the Pride of the Raj killed several of the enemy and pushed them back, pinning them. The native cavalry subsequently failed to recover and fled the battlefield due to their commander having rolled up the 'Hapless' trait before the game and having an 10+ Leadership! 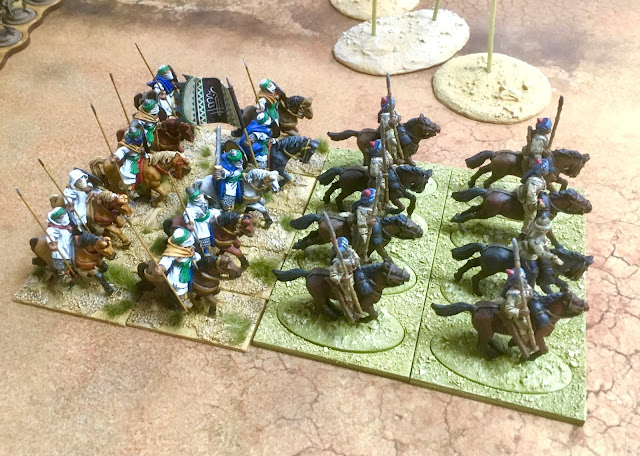 As the Regular Infantry tried to get into position, my cavalry (led by a 'Wheezy' commander preventing the cavalry having a useful Double Move ability), rashly decided to try and stop one group of Beja Fierce Infantry getting too close to my Infantry. Unfortunately sixteen bloodthirsty natives against six cavalrymen, even with the infantry having to roll two hits to cause a cavalry casualty, saw the Bengal Lancers all perish except for their inept officer! 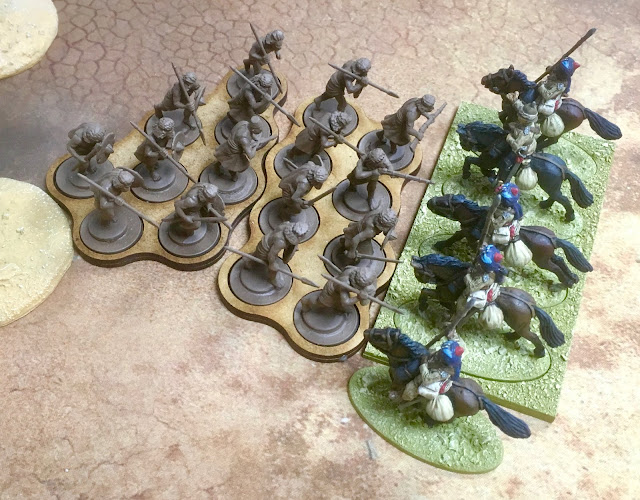 On the other flank, the first unit of Regular Infantry opened up against the Beja, forcing one unit back but, despite having a leader 'Destined for Greatness', they failed a critical Close Order roll and the Fierce Beja got amongst them killing all bar one of the brave 66th Foot!

In the centre the other unit had more success taking all but two Beja down in one round of firing. The Wheezy Lancer commander decided to try and finish the remaining natives off, but did not manage to do so. 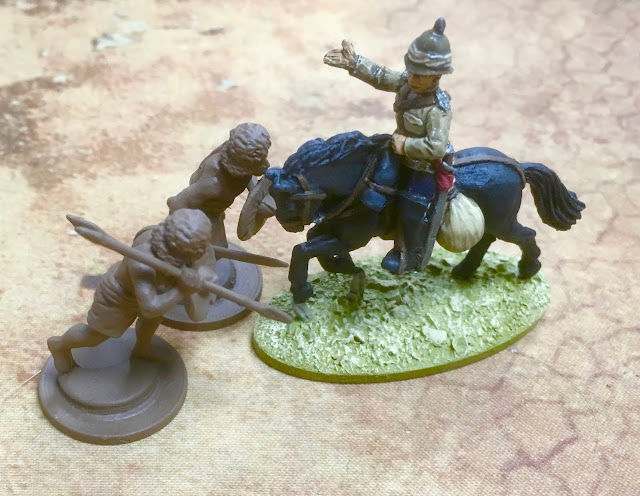 The remaining unit of the 66th took the two Beja out but was now faced with three Fierce warbands advancing on them! It was looking grim, but two rounds of sharp firing cut holes in the native ranks and for a time it looked as though the thin khaki line might stand true! 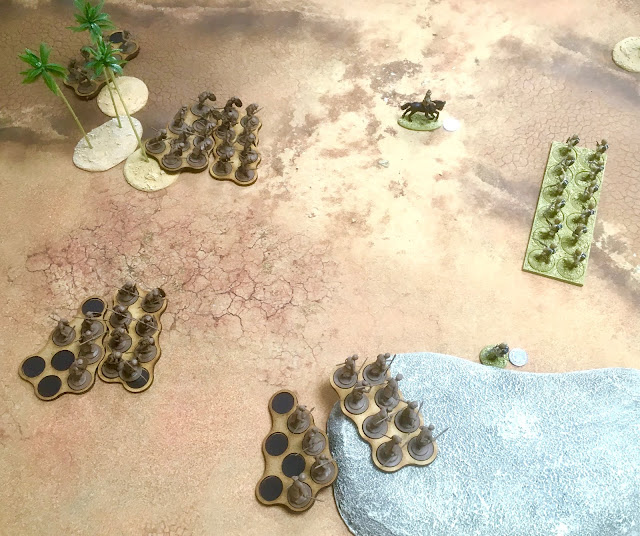 Unfortunately though, despite inflicting casualties of 50% or more on two of the Fierce Infantry groups, the third swept in on the remaining unit of the 66th and nine brave Englishmen fell to only one Beja. The end was in sight and next turn the Beja overran the final three brave Englishmen, the only survivor able to recount the horrific saga, the gin-befuddled Bengal Lancer officer!

Overall, despite a shocking start and rather inept use of cavalry, (I had imagined they would ride down their foe with near impunity), this was a very enjoyable battle and at one point it did look like the British might recover and the dead eye shooting of the 66th hold off and force back the natives. Sadly that was not to be, but who knows what might happen next week when we return to the deserts of the Sudan?
Posted by Steve at 16:19:00