Outremer: Death in the Sand! 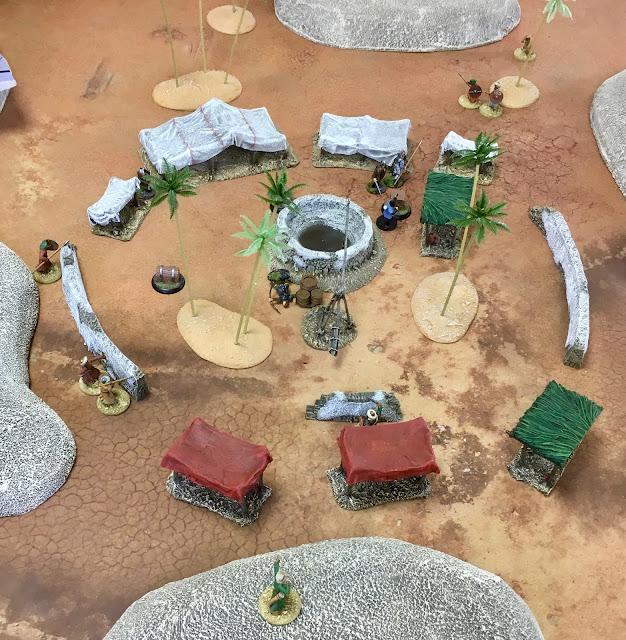 I split the Scavengers into three groups to surround and assault the camp from various points. I rashly advanced one peasant bowman straight over the sand dune and he soon found himself under fire from a Frankish archer. However he had Allah's blessing as the infidel arrows missed and he took the Frank down with his return fire (I must note here that Tom had the worst ever series of die rolls I have ever witnessed rolling five 1's and one 2 in a row at the start of the game which greatly helped my stupid tactics). 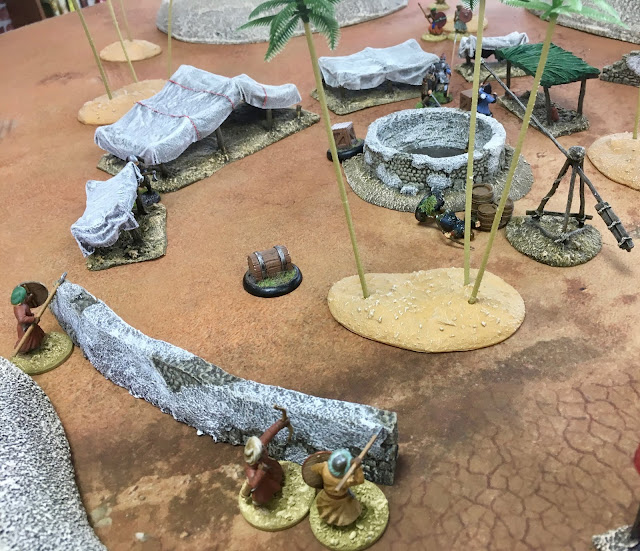 Nothing seemed to go well for Tom's Crusaders. I took down his second archer and one of my spearmen took out an axe armed warrior - again the Dice Gods looking after me. Another archer took out Tom's leader and his remaining warrior decided to flee the battlefield. 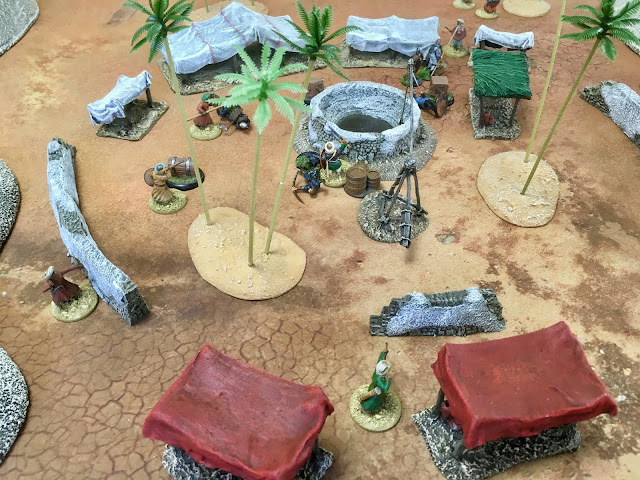 Tom's extremely poor dice rolls certainly worked in my favour in this battle which flagged up a few problems with the rules, the scenario Victory Conditions especially, as we were unsure whether I could claim the Loot as "seized" as I had not picked it up before Tom fled, although I controlled the battlefield within the game turns. As this meant 80 Livres for either the attacker or defender we applied common sense and gave the Loot to the victorious attackers, though technically the scenario victory conditions say objectives not seized give the defender the Livres.

This led to a lengthy discussion were we concluded it would actually benefit the Defender to flee the battlefield in turn one before the Attacker has the opportunity to seize any objectives and pocket the 80 Livres! :-)

The Scavengers next battle was against George's Arabs and I think my guys had been smoking hashish with their winnings against the Franks!

George's band was a little more experienced than mine and had an advantage in two of his characters had the Sneaky trait allowing them to set up pretty much anywhere on the board after I had deployed. 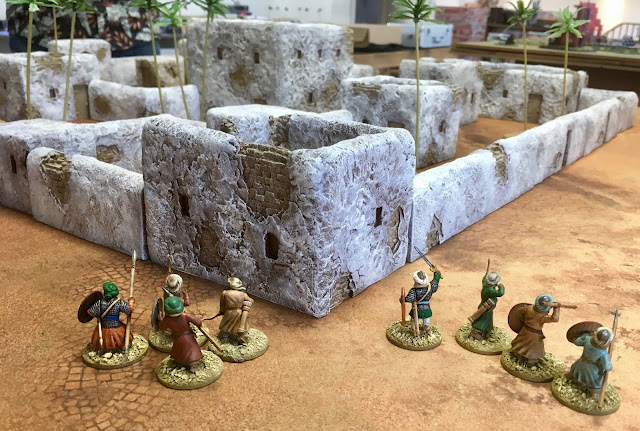 As George was advancing from the opposite table corner (apart from his two sneaky guys) I decided to split my band into two and try and attack from two fronts. Unfortunately this did not work that well! 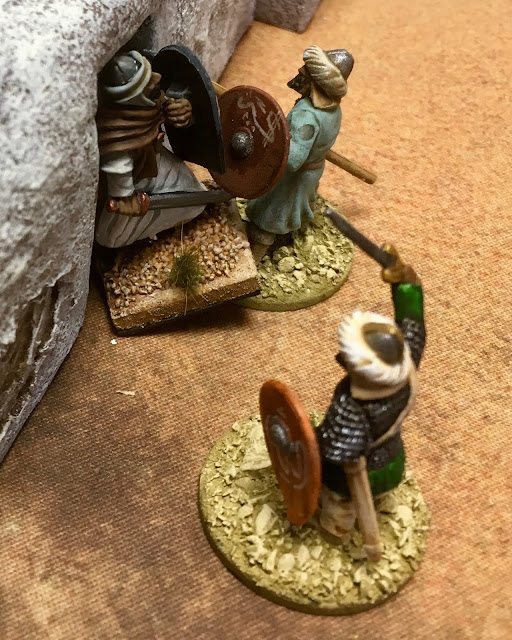 As one group advanced down the right hand side of the table, one of George's sneaky Arab's burst through a side door and attacked my spearmen taking his down. He then engaged my leader and after a couple of rounds of hand to hand combat took him down too. 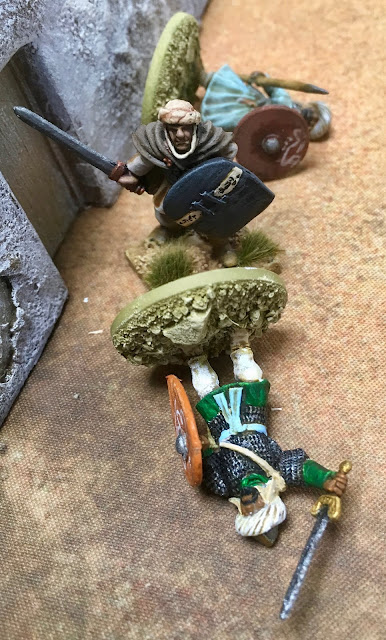 Elsewhere the remaining spearmen in this group was shot by an archer and my archer having bottled his Faith test was cut down by George's remaining sneaky Arab!

With half my band down I decided I was going to flee the battlefield at the start of the next turn but was not able to do so before George slit the throats of my leader and archer to gain extra XP!

So unfortunately with Mohammed Salah viciously slain in his second battle, the leaderless Scavengers have disbanded and I will have to roll up a new Band of brigands before the next game...
Posted by Steve at 12:57:00