Not having had time to do anything hobbywise for a few days I made sure I took a lunch break today and made some progress on the Airfix 1/32nd figures for the Kohima project. 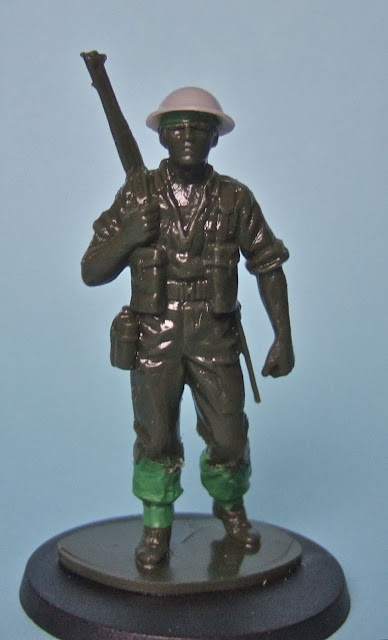 The standing figure now has had his trousers extended and tucked into ankle puttees, whilst I have aded a rifle strap to the kneeling figure (this still needs a bit of work where it tucks under the arm. 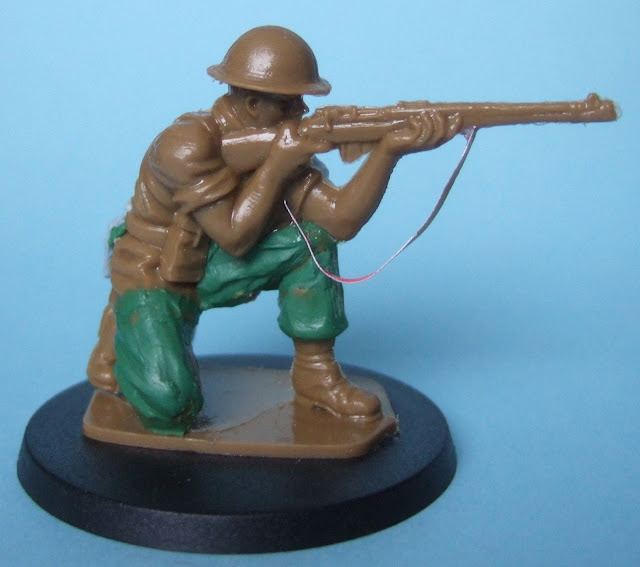 Having a bit of Green Stuff left I dug out some of the Gurkhas I picked up at the same time of the Australians and 8th Army, and started work on one of the keeling figures, converting his shorts into trousers which is more appropriate for 1944/45. I also replaced his left arm with one of the Multipose ones so that he can be holding his rifle. Still early stages, but hopeful the end result will be ok... 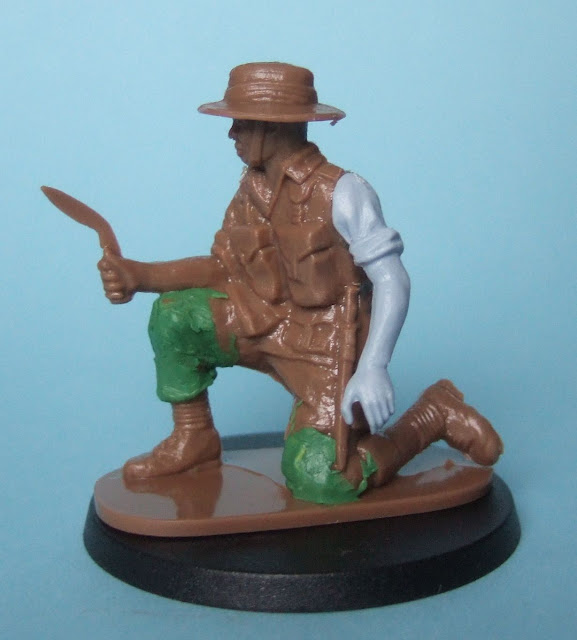