Following on from the Recce elements added to my Soviet Cold War '58 force, we now have some infantry to hold the ground the T-55's and T-10's roll over!

The company is made up of three platoons of two BTR-152's each, carrying an infantry section. The BTR's are Butler's Printed Models (again a bit rough and not completely happy with them though they have painted up ok) and the infantry Heroics & Ros painted Vallejo Khaki Grey (and yes I did paint the red shoulder boards on if you squint!) 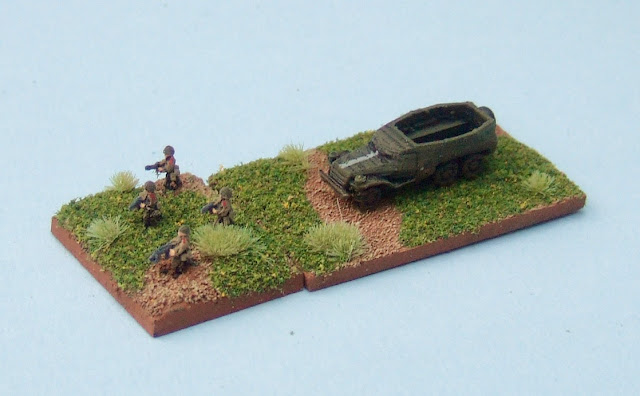 I have a seventh BTR painted for the company HQ but ran out of figures for its infantry base so that will have to wait, but amongst a pile of 1/300th white metal I found a solitary BTR-152U command variant which I've based up as my Soviet CO element for games of Cold War Commander. Not sure of the manufacturer, I suspect it is Heroics but I could be wrong. 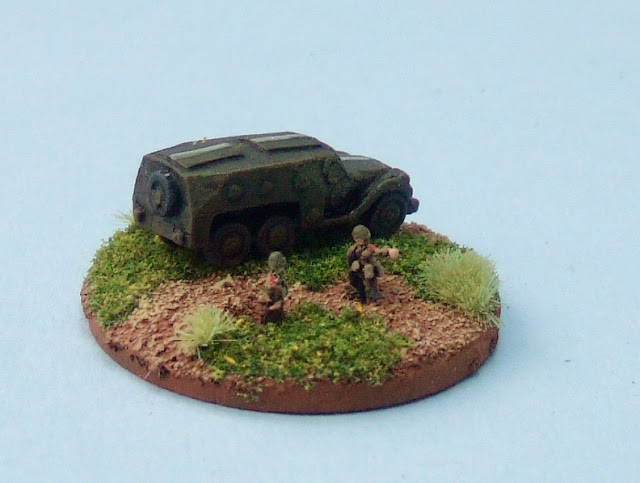