So back in 2014 I painted the six GHQ T55 models I had for my 6mm Arab-Israeli Egyptian force, though with just six tanks it was a tad understrength - eight years later I have brought it up to strength... 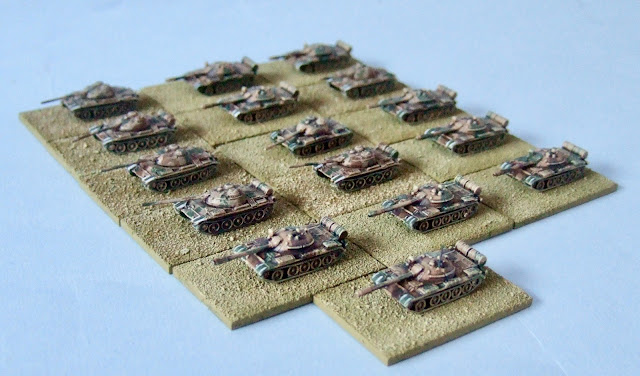 You may recall my 'cunning plan for 2022' included a ColdWar 1960 project and as part of this I bought some T55's off ResinHistoricals. Having a few left over from my planned Soviet tank company I used the spare models to bring the existing Egyptian unit up to strength. Fortunately when I blogged about them in 2014 I noted what paints I used so I was able to match the paint scheme pretty well.

The ResinHistorical models are 3D sculpts printed on demand (so you don't need a printer yourself) in a robust resin that provides excellent detail. Aside from some design differences it is hard to tell the difference between the 3D prints and the metal models, the detail is of the same quality as the top of the line GHQ sculpts (GHQ on the right in comparison photos). The resin models have fixed turrets (not a major issue I glue the separate metal ones to the hulls) but it is notable that the resin barrels are more stronger than the GHQ which bend when you look at them funny (indeed in a recent game one of my Centurions' barrels broke off :-( ) 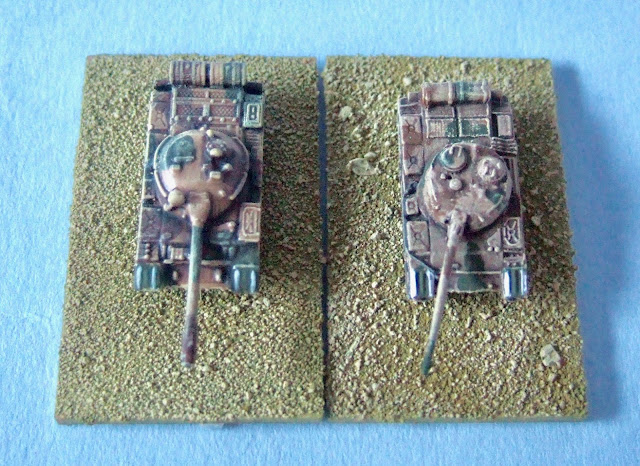 The main difference is the price. Ordered from Magister Militum in the UK a pack of five T55's costs £12.95 (£2.59 a model). Ten T55's from ResinHistorical costs £6.00 (60p a model). Bit of a no brainer really. Highly recommended, if Micro Armour is your thing check them out.