For a recent Seven Days To The River Rhine game with Phil, Jenny and Andy I decided that I needed a second company of Israeli Sho't (Centurion) tanks to join my existing one, so after a rummage in my drawers(!) I found several spare GHQ models. For the most part they are Sho't Kal variants though the eagle eyed may spot the odd Sho't Meteor which I am not losing any sleep over. 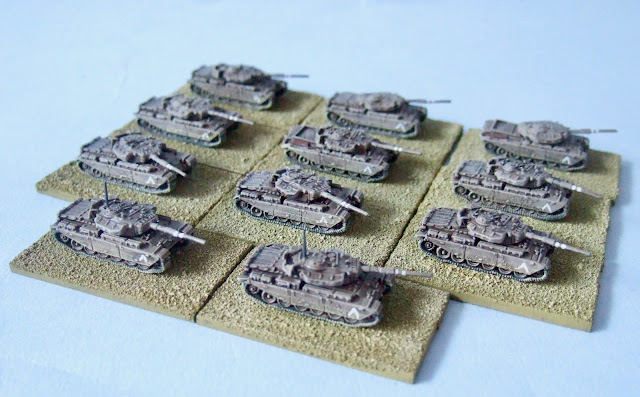 As per back in 2014 the models were painted Vallejo Medium Grey over a black undercoat, then washed with Army Painter Strong Tone ink, before being drybrushed Medium Grey.