Zombies Throughout History: The American War of Independence

Following on from my Pike & Shot & Zombies post Jean-Louis commented on the possibility of extending the rules into the C18th. A few years ago I did have a stab at this and wrote up an article for Ragnarok entitled The Battle of Sleepy Hollow (the Revenge of Ichabod Crane - Necromancer), a mini-campaign using WHFB postulating the return of Crane to Sleepy Hollow with an army of AWI zombies. 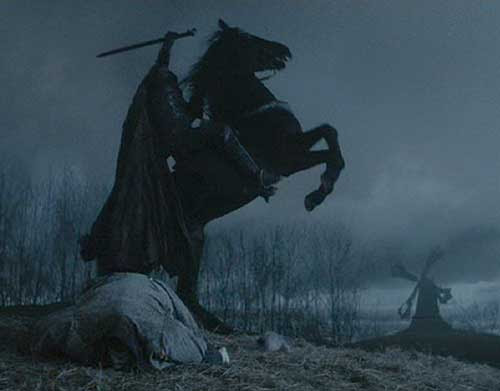 As concepts go I think it is one with a lot of potential and given the planned forthcoming release of American War of Independence plastics from Perry Miniatures sometime in 2012, one I will probably return to...
Posted by Steve at 13:42:00