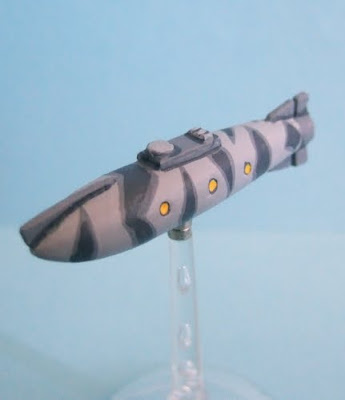 Roll of drums... Here's a couple of photos of the first aquanef models! Managed to finish the British Squadron off over lunch so decided to post a quick couple of pics to the blog for you all to see.
The design was inspired by the early British Holland boats that entered service at the start of the 1900's and after feeling the overall grey scheme was very boring decided that because of the use of the underwater Tyrell Ray in aquanef combat that camouflage would not be inappropriate so took a degree of inspiration from the First World War naval dazzle camo.
The Royal Navy was not a great proponent of early submarines and viewed them with distrust so my view is their crews and commanders are kind of mavericks and paint their craft in weird and wonderful ways... 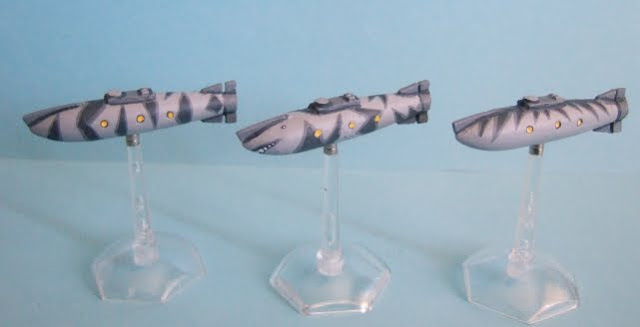 The models themselves are only drop cast so not as sharp as the final production models will be once I've had the opportunity to re-make the master mould, but they give you some idea of one of the British designs (there is a larger master of the same basic look as well for a heavier class machine).
On with the French now...
Posted by Steve at 15:00:00