At long last I finished the Burgundian pike blocks started over 25 years ago, re-started last month. As previously stated the bulk of the pikemen come from the long OOP Corvus Miniatures range with a couple added from the defunct Grenadier UK fantasy warriors range sculpted by Mark Copplestone and one old Citadel Wars of the Roses men-at-arms converted to carry a pike.

I've based them up for Terry Gore's Medieval Warfare rules (available from Foundry) and have started some work on a couple of bases of (ex-Citadel) mounted archers and (ex-Grenadier UK) handgunners. Also in their recent sale, I availed myself of some of Foundry's Swiss for the opposition. 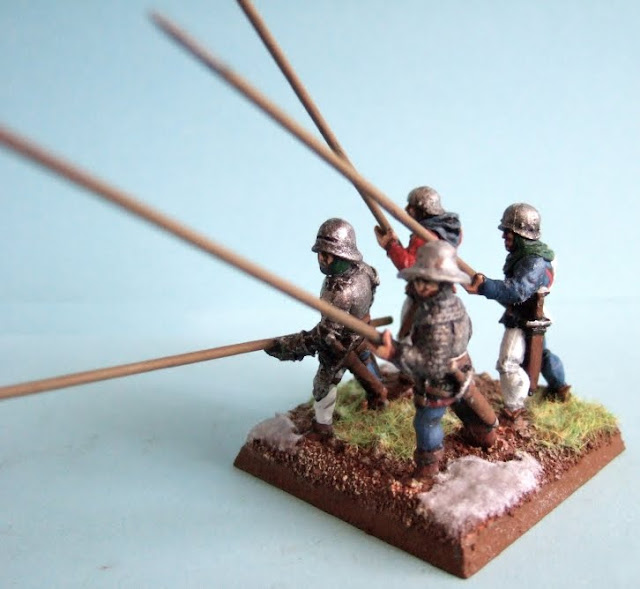 As the Burgundians will be fighting the Swiss, I was persuaded by SWMBO to use some of GW's Modelling Snow on the bases as all three battles against the Cantons were (unusually) fought in the winter. The final effect is ok, looking more like ice and slush than snow to my mind, that said as it is supposed to be patchy it seems to suit the bases.
Posted by Steve at 09:22:00