The latest reinforcements for my Sharp Practice Kingdom of Italy force are two groups of Cacciatore a Cavallo (Chasseurs à Cheval for those of you more used to the French pronunciation) built from Perry's lovely 28mm French Chasseurs à Cheval plastics). 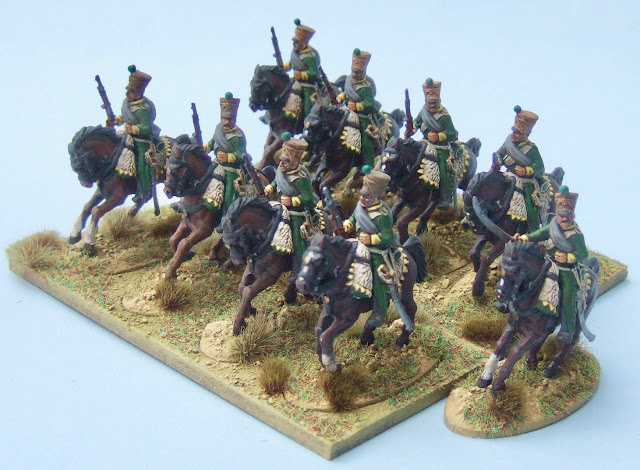 I decided to paint mine up as the 1° (Real Italiano) who fought in both Spain (1808 to 1812) and Germany (1813). I didn't realise until I'd almost finished them that the Real Italiano wore a black Czapska with white piping until at least 1809 (which would have looked really cool) but as my force is roughly aimed at the 1810-12 period they are good in shakoes. 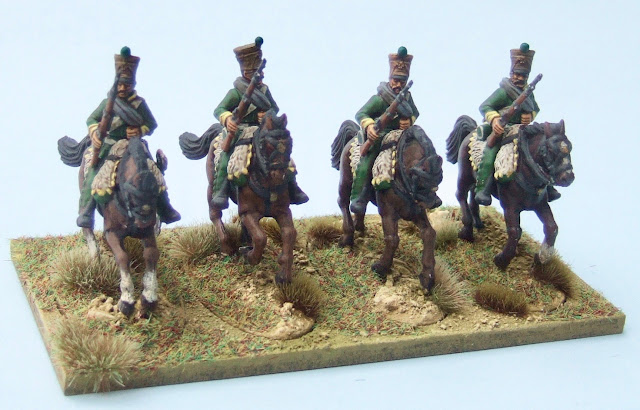 As with the infantry the cavalry were just block painted the subjected to some Army Painter Soft Tone dip before a few highlights were painted on. The horses were undercoated black and then given a 'wet brush' (a heavy dry brush with a paint loaded brush which paints the raised areas and leaves the lower ones black). 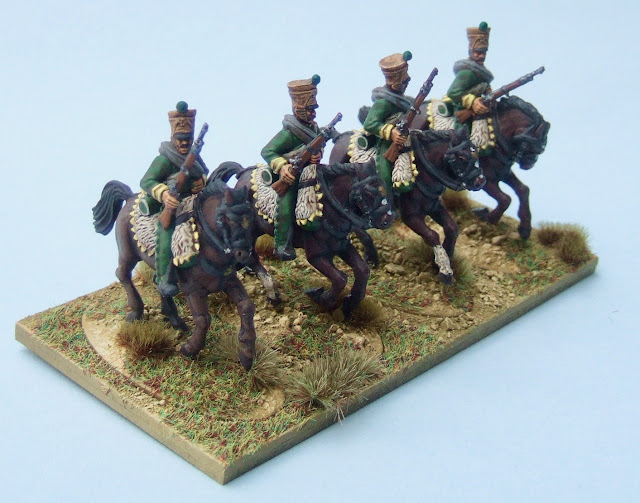 I painted up two groups and a Sergente to lead them (who I have just noticed has removed his rank stripes to thwart any guerrillas! Ok, I forgot to do them...), waving his sword dramatically in the air! Avanti mio Cacciatore! 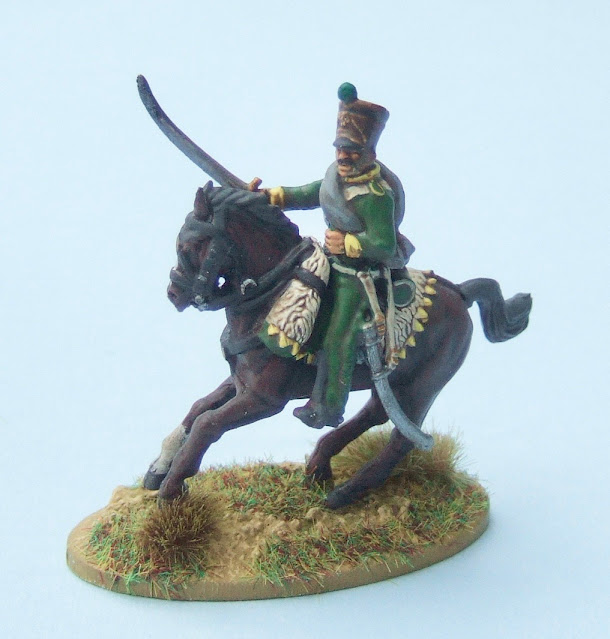 The general consensus is that cavalry are not really worth the points spent on them in Sharp Practice but what's Napoleonics without some dashing cavalry, and it'll give me another excuse when I lose... ;-)