As I said in my last post the previews of Warlord Games "Epic" ACW Black Powder figures has certainly re-kindled my interest in the 'War Between the States' so I picked up a copy of Wargames Illustrated to get a free sprue and see how painting them went, and how they looked when finished.

There is lots of information about them online elsewhere so I won't go into detail but they are hard polystyrene plastic and measure 13.5mm foot to eye (they seem to work well with 12mm metal figures from what I've seen). Some people are calling them 15mm but that is foot to top of head and we don't measure figures like that so don't be fooled! 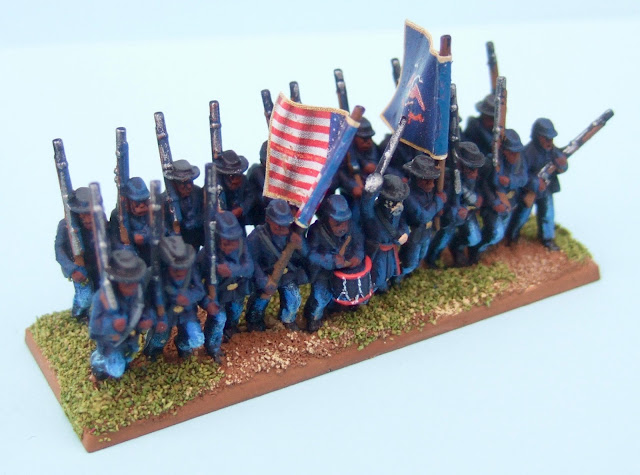 I decided to paint my five base regiment up as the 54th Massachusetts Infantry Regiment as I'd just rewatched Glory before Xmas and felt like re-creating them in miniature. 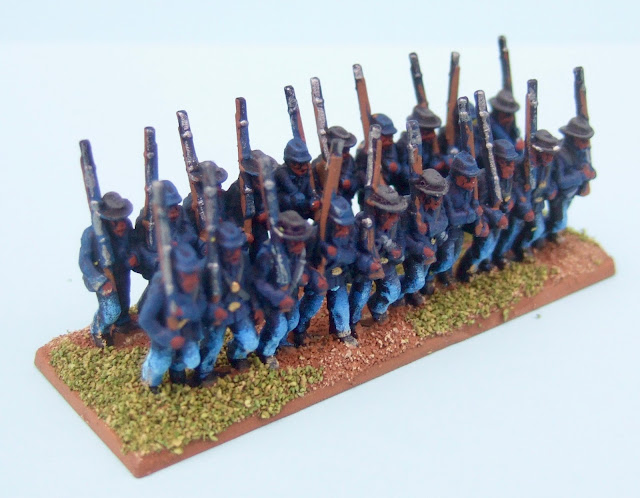 Painting was largely a case of drybrushing over a black undercoat which took less than half an hour for the entire regiment, care taken not to get the lighter trouser blue on the dark blue jackets, and then picking out details such as belts, flesh and muskets. The flags are cut out of the Warlord advert in the current WI. 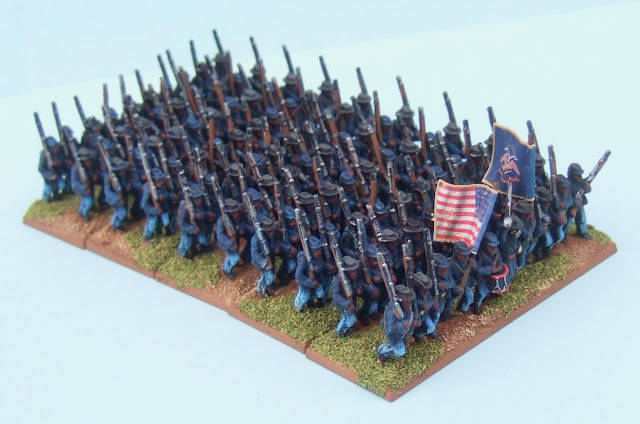 Overall they do look good en masse and I am certainly even more tempted by the starter set now...