Give Me Liberty, Or Give Me Death! 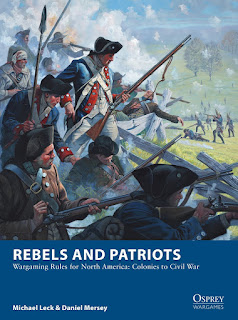 The news that Osprey will be releasing their latest Dan Mersey rules Rebels and Patriots in the new year has piqued my interest.

The rules will apparently cover small North American battles (similar in size to The Men Who Would Be Kings from the French Indian Wars through to the American Civil War.

I have to confess I am pretty much game for any American war from this hundred odd years, they all have some appeal, but having had a chat with George the other week the Revolutionary War appealed most to him so I said I was happy to raise a small army for that.

As he already had a box of Perry AWI British infantry I have agreed to go American which is ok with me as there is no lace to paint and I don't like tea! :-)

Having read a couple of playtest AAR reports, it looks like unit size is pretty much as per previous Mersey rules, regular/militia infantry 12 figures a unit, skirmishers and cavalry 6 and (possibly) Native American warbands at 16 (not 100% sure about this), so a box of Perry Continental infantry will give me the bulk of a 24 point army.

One thing that has always appealed to me with the war is the campaign weary look of the American troops and I have dug out an old Military Modelling Christmas special that included an article by the late Rick Scollins on the Battle of Guilford Courthouse and some wonderful artwork by him of campaign weary British and American troops. 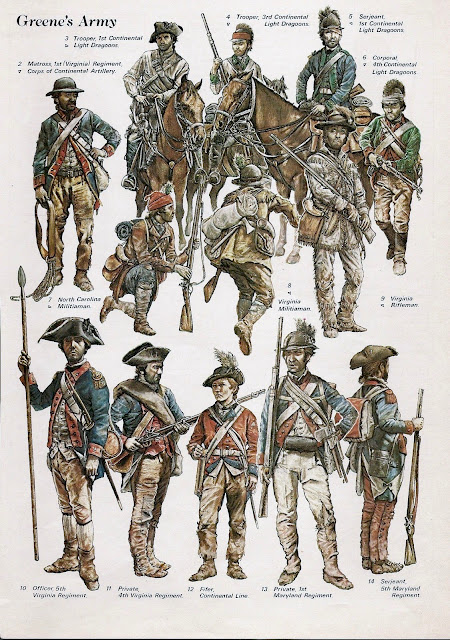 I think this is a look I can achieve with some liberal use of dip so for Rebels and Patriots I think my brave revolutionaries will be based around Major General Nathanael Greene's army that fought Cornwallis on March 15th 1781...