It may have appeared that it was all quiet on the moderns front but I have been working on my first section of Esci 20mm Soviet Naval Infantry. They haven't take too long in between real world commitments and I used the Army Painter dip over a camo pattern which was something of an experiment but has come up really nice. I have published a full step by step guide on my Whirarwistan blog here. 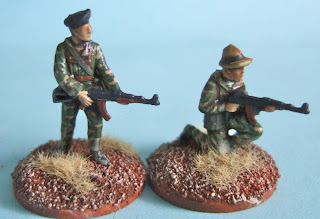 My Bradley IFV's have turned up along with a bargain buy M1A1HA Abrams tank so I need to get on with weathering them and painting up the US infantry to go with them. My Soviet APC's are still in transit from Hong Kong! :-)

On the scenery front I dug out some of the old Ian Weekly models I commissioned many moons ago which will be great for both this project plus my 20mm C19th North-West Frontier when I get around to that. Here's one with the Naval Infantry section on it... 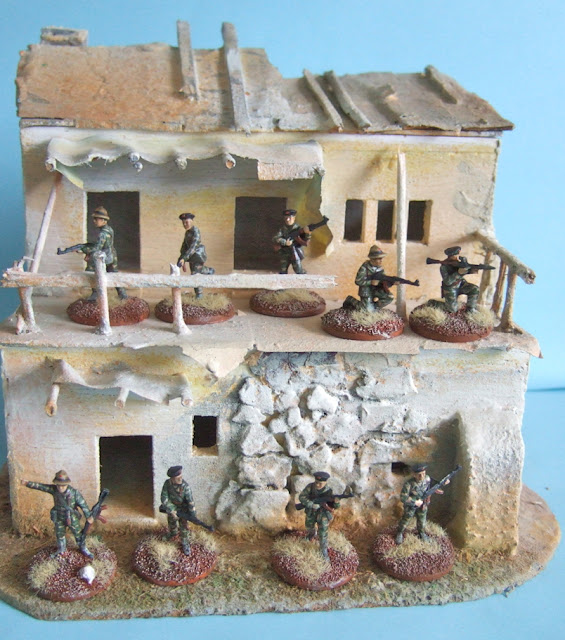