Last year Leutenant Brittan, who runs an excellent blog for the old post-apocalyptic fantasy game Leviathan ran a give-away of various odds and sods of models from the Scotia range, the only condition was you had to paint it! Fortunately he didn't stipulate a time limit... :-)

Several months later I have finished the Mk 2 War Golem he sent me! 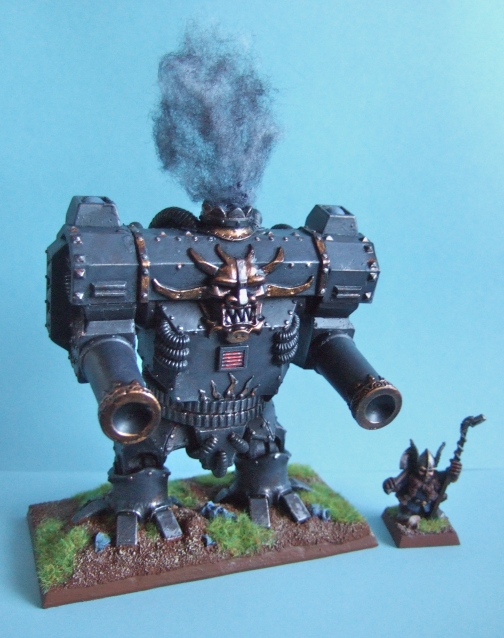 Whilst the model is a bit static and I must confess I prefer the original Mk 1 Golems (one of which I have 80% painted), I am quite happy with the finished model that has now been donated to Saul's Dwarf Hold (we'll have to come up with some WHFB rules for it). 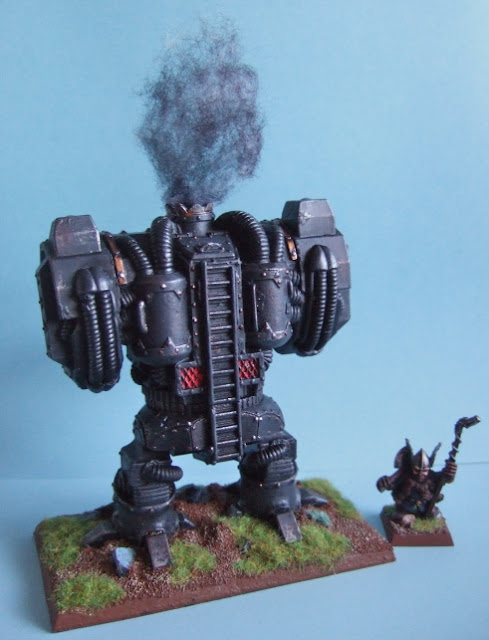 I do have a small pile of other Leviathan models in the attack, including Orc dinosaurs. I had originally planned to use them for Flintloque but will probably now look to use them in WHFB.
Posted by Steve at 16:55:00