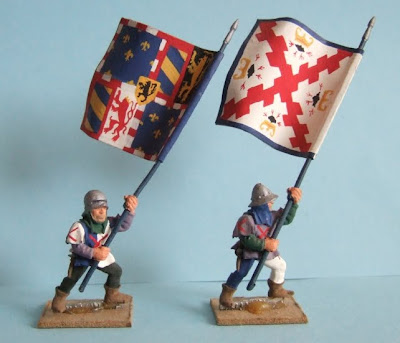 There is an urban myth that a wargamer cannot die until he has painted all his unpainted miniatures, in which case, as SWMBO will testify, I'll be around for a long time! Like many gamers, I have a number of unfinished and abandoned projects, most started in my youth, when I painted everything from 6mm Dacians to 25mm Orcs to 15mm Zulus, on the kitchen table, every Saturday afternoon, listening to Liverpool win the league title yet again (that might give you an idea of how long ago this all was...)

One of these projects was my 25mm Burgundian Charles the Bold army. I fell in love with the Citadel Wars of the Roses miniatures and (as this was before SWMBO introducing me to The Sunne in Splendour), decided that the Burgundians were much more interesting than plain old Yorkists or Lancastrians. Despite many afternoons painting away (as these two Burgundian standard bearers with hand painted flags demonstrate), and much research at Clevedon library (that had both the Burgundian and Swiss Osprey books in an amazingly comprehensive military history section for such a small town library), the project never really got off the ground, primarily as I could not find a set of rules I liked... 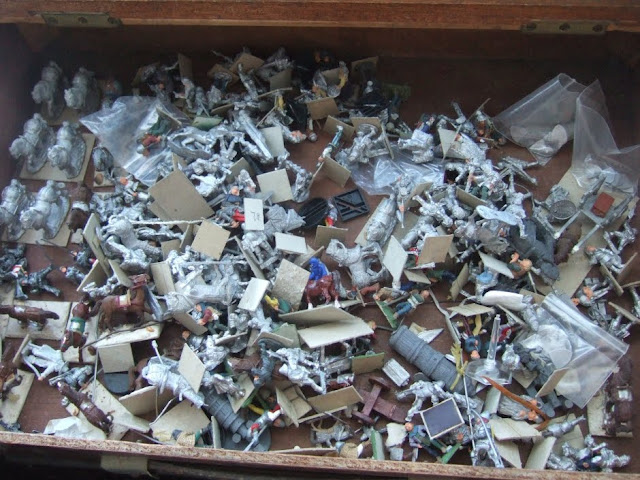 Fast forward over twenty years and rummaging around for something or other I came across a box marked "WotR - some painted - this way up", which upon opening was found to be full of mainly unpainted late medieval figures from a variety of manufacturers. Serendipity strikes because at the same time Foundry were doing a really silly book sale which included Terry Gore's much praised Medieval Warfare rules, £10 later... (yes, that silly a sale!). 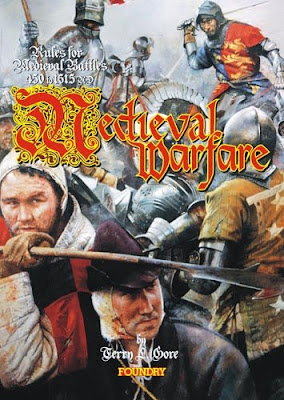 Anyway, having read through the rules which seem quite good, I've decided that to break up the monotony of other larger projects, I'm going to rummage through the medieval box and paint up units for Charles the Bold's army as and when... So currently sat next to four Sopwith Camels, a unit of 10mm Barbarians and some 6mm ONESS Germans is a unit of half painted Burgundian pikemen, mainly comprised of some long OOP Corvus Miniatures Swiss pike along with the two standard bearers pictured above (the bearers being repainted in the same style as the pike).
Now I wonder where those 6mm Dacians and 15mm Zulus are?
Posted by Steve at 15:17:00