The second batch of Danish armour I managed to paint up over the festive period was a reconnaissance troop of M41 Walker Bulldog's, though the upgraded 1987 DK-1 model which looks more like a mini-Leopard than the veteran of the Vietnam War. 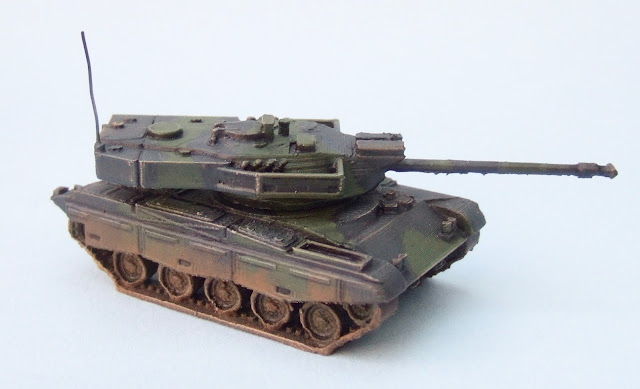 Once again the models are from Butlers' Printed Models and I was happy enough with the prints, again any striation was minimal and as with the Centurions as long as you don't drybrush over any areas of it when weathering, not a major issue.

I now need to buy some infantry (probably West Germans to be painted up as Danes) and pick up some M113's and Landrovers with TOW's to finish my force off.