The final bunch of troops (for the time being) are three groups of Italian Fusiliers for the 4th Line. 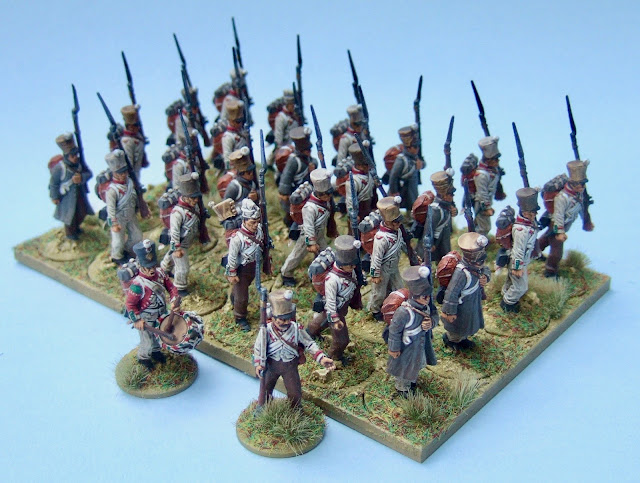 I wanted these troops to look like more campaign weary so I used the covered shakoes that come in the Perry French Napoleonic Infantry Battalion 1807-14 box as well as adding a handful of infantry in greatcoats from the French Napoleonic Line Infantry 1812-15 box (the greatcoats conveniently hiding the Bardin 1812 uniform coats!) 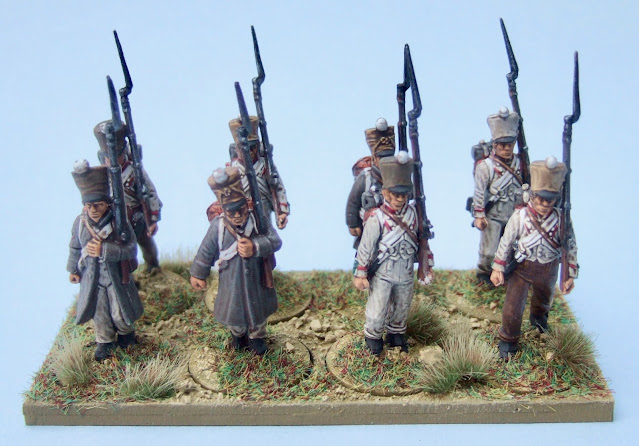 Unlike the previous conscripts I wanted these guys to looks like they had been in the Peninsular for some time so in addition to the covered shakoes and greatcoats, some were painted with the locally produced brown cloth trousers. 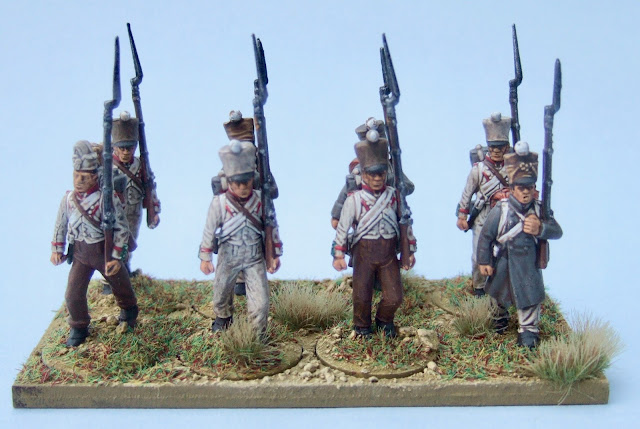 Basing wise I have gone for my 'Mexican' look as I thought that was pretty similar to the hot dusty plains of Spain! 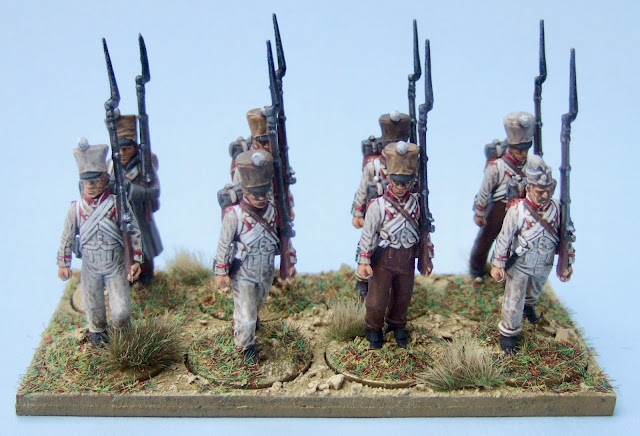 I also painted up a Sergente as one of two Leaders for the formation (the Capitano will hopefully be finished before I head off to BIG tonight) and a drummer. The latter was somewhat problematical as it was hard to find a definitive answer to his uniform, finding examples in white, green and red coats. In the end I went for red for the contrast to the rest of the 4th Line's white, but am not certain it is correct. 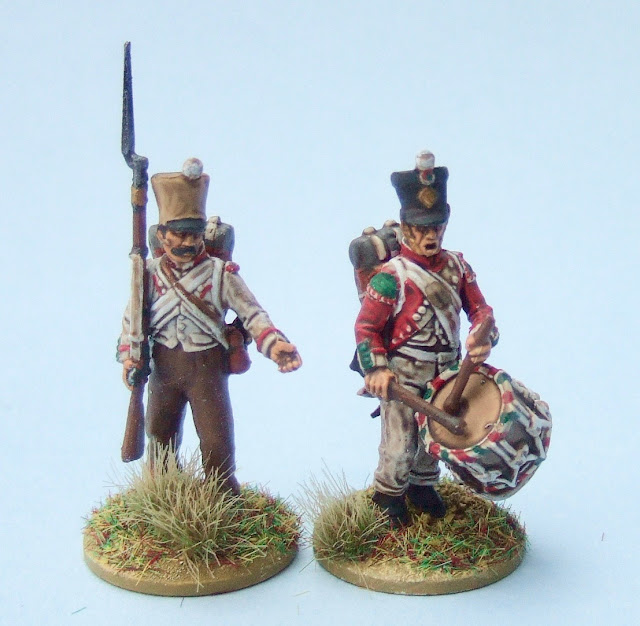 Next up should be the Foot Artillery and some Cacciatore (Chasseur) cavalry but not before these guys are pitched against the might of Spain...