Rebels and Patriots: The Battle of Grassy Fields

Apologies for the lack of posts for the first couple of months of the year, so let's start by catching up with the first game of the year at BIG, an AWI battle using Rebels and Patriots with Matt bringing his Militia and Native Americans to aid my brave Patriot forces against George's nefarious British aided by Steve and his cabbage loving Hessians.

Being a peculiar bunch we decided to play one of the scenarios out of The Men Who Would Be Kings - Take the High Road, with 48 points versus 36 a side and the British attacking. 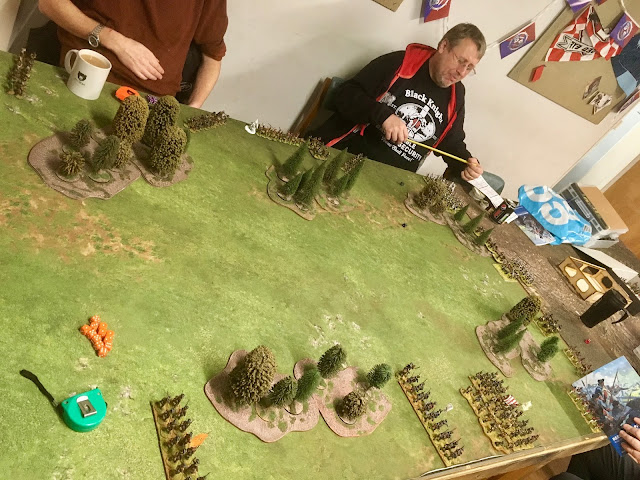 George had been busy over Christmas slapping red paint on his light infantry which look very nice now... 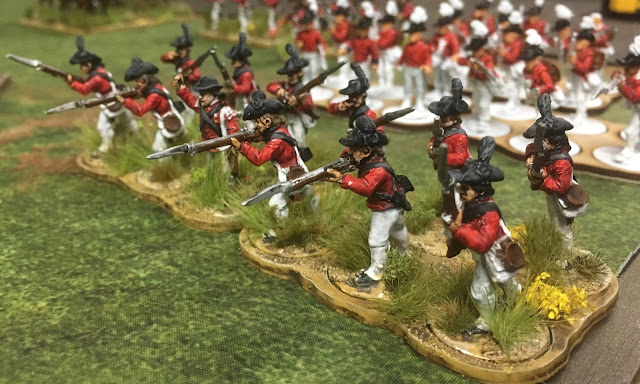 He'd also painted some cavalry - the despicable (from the American viewpoint) British Legion! 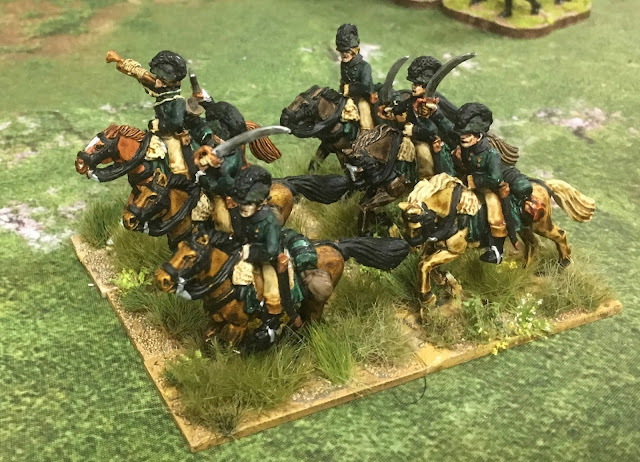 The Legion cavalry decided to charge an advanced unit of American militia... 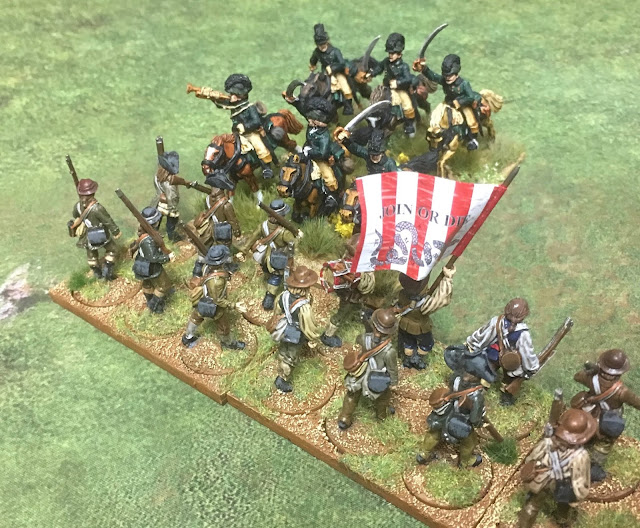 But being wiped out by musket fire from the main American army! Take that Tarleton!! 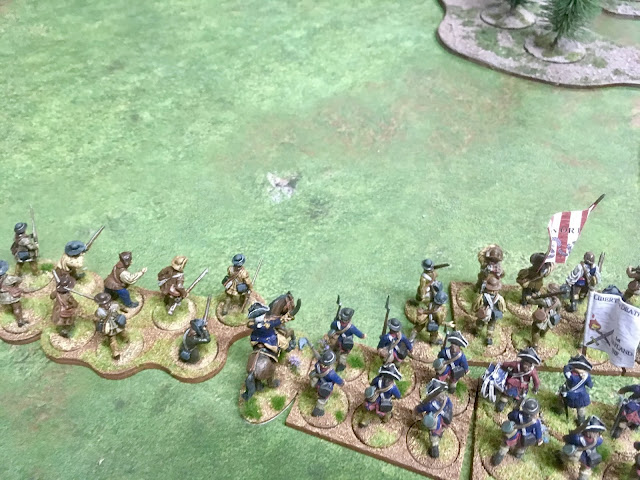 An exchange of musketry then ensued... 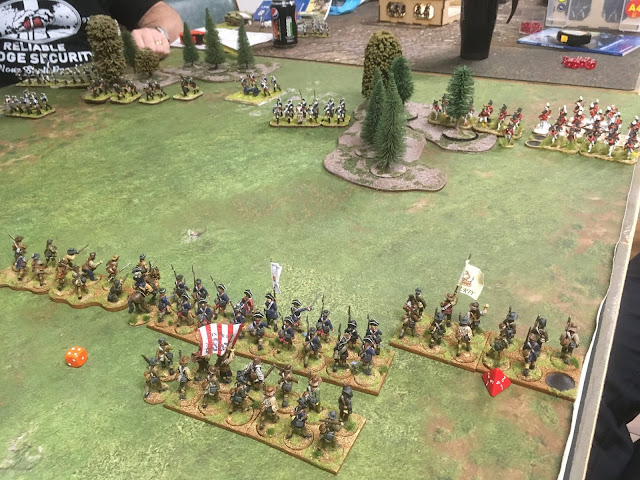 With Steve's Hessian Musketeers moving up to fill the gap in the British line left by the cavalry. 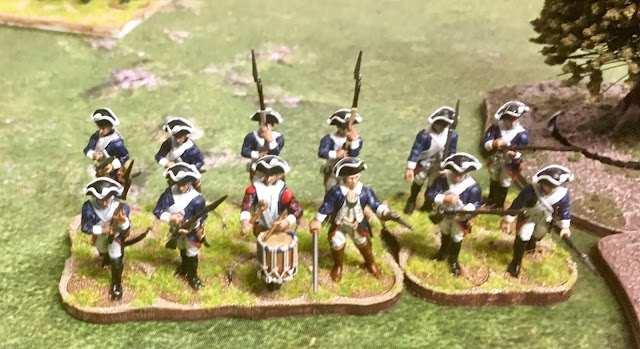 The Americans advanced some Light Infantry to provoke the enemy, who were trading shots with units of American Militia and Continental Line. 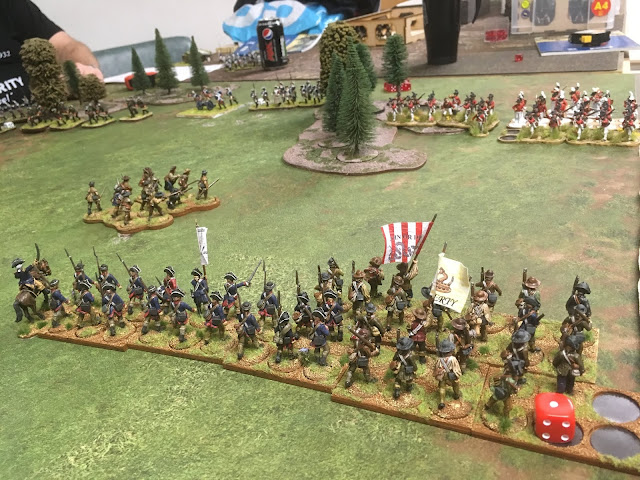 Eventually the toll of the fire had the inevitable effect on the Militia with one unit Routing and another Broken. 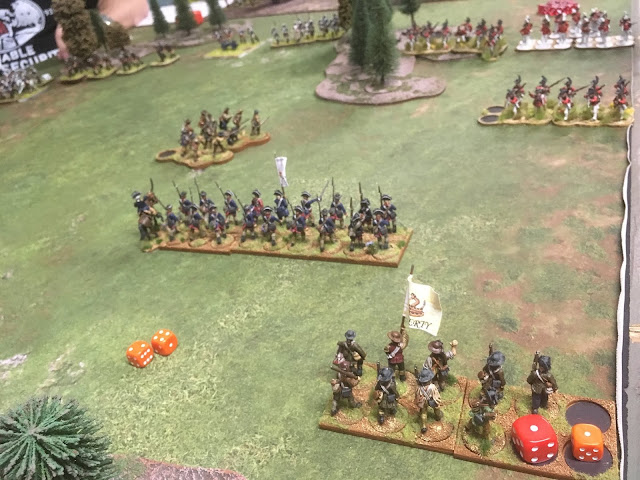 With the Light Infantry taking casualties and being Broken, the Americans moved up another unit of Line to hold back the British. 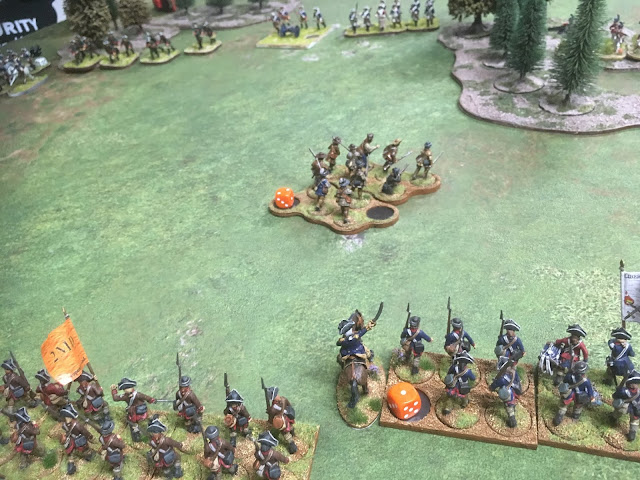 On the American left flank the Hessians moved up the table, towards a clump of woodland where Matt had hidden a unit of Natives! 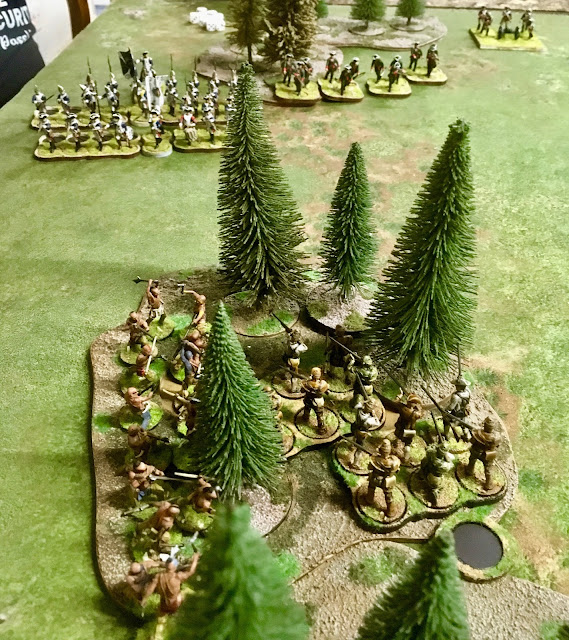 Who charge out and start hitting the Hessian Grenadiers with their tomahawks! 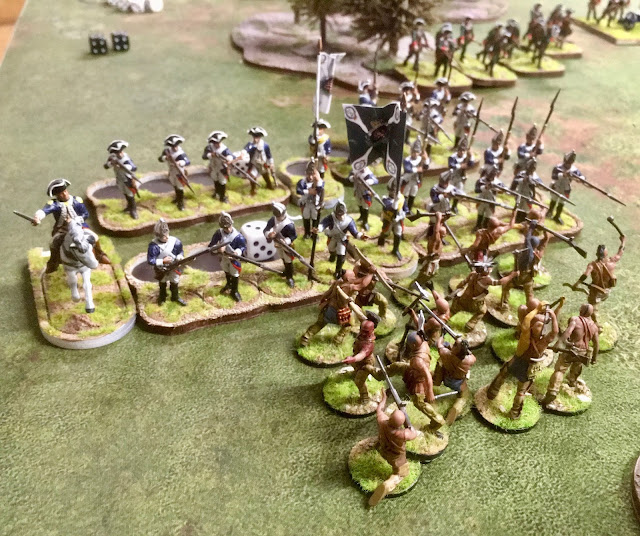 Despite killing half the Grenadiers, the end result was the routing of the Natives - and a unit of Matt's militia who hadn't done anything but ran away at the sound of the fighting! 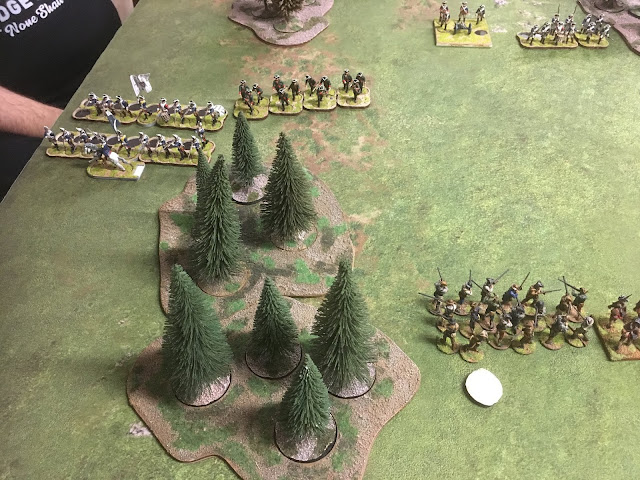 Unfortunately at that point we'd run out of time for the evening. Unlike the scenario in TMWWBK we hadn't put a time limit on the game for the attackers to achieve their aim which probably tilted the scenario in the favour of the British as they could stand and trade fire with the weaker Americans, rather than march into a volley of Patriot fire and try and take the field with zeal and bayonets! Still a good game and it was interesting to see the Natives in action at long last!