The Men Who Would Be Kings: The Dancing Trumpet Sound and We Went Forth...

Back to the Sudan last week at BIG against Madhi George and a return to The Men Who Would Kings and a scenario we had not played from the rulebook - Just Passing By...

In this scenario equal size forces encounter each other as they advance across the board and fight a running engagement, the main aim being to get as many units off the board as possible in 15 turns, ideally without incurring any casualties. 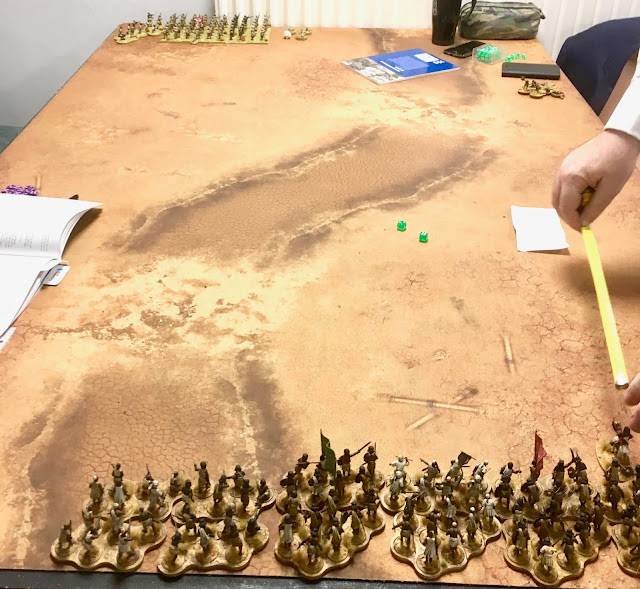 The Mahdists largely comprised of guys with sharp stabby sticks, though they did have a couple of units of those pesky riflemen that always cause me a problem... 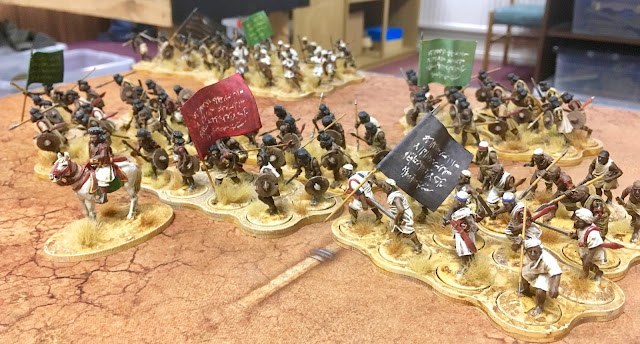 Given I have to order my troops to move whereas Native troops can move for free in TMWWBK, George had an advantage in being able to get across and off the board (the object of the scenario) so I decided to focus on trying to stop him as my advantage is my units can Fire without being ordered to do so...

Slowly my units moved into position. Unfortunately the Sikhs refused for move for the first three turns, clearly deciding having some freshly cooked choley bhature for breakfast was more important than stopping the Mahdi! 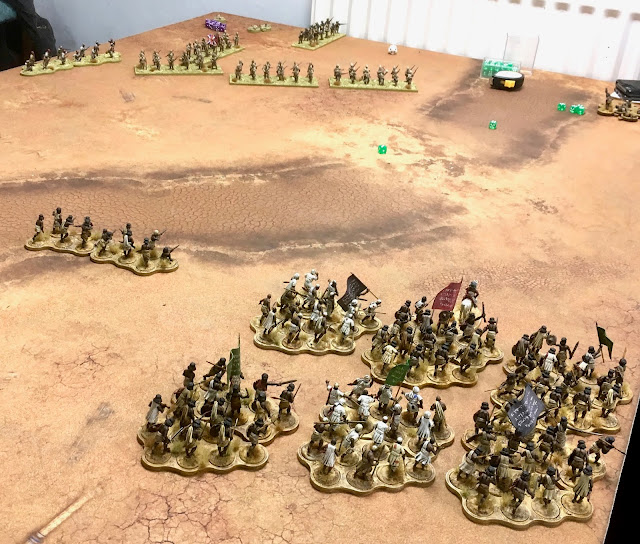 Mahdi George's battle plan unfolds... Engage the Imperial forces with his rifles whilst the Beja do a runner down the side of the battlefield... 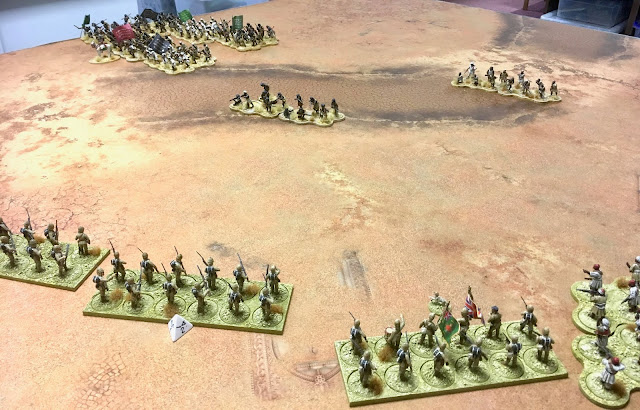 Unfortunately the table wasn't quite wide enough for this, so George decided to attack the left flank of the Imperial line - the 92nd Highlanders, with a unit of stabby Beja. Unfortunately for him the 92nd had formed Close Order which negated his numbers advantage and in a blur of bayonets and spears, eight Beja fell along with five Highlanders. The Madhist unit was forced back and Pinned. 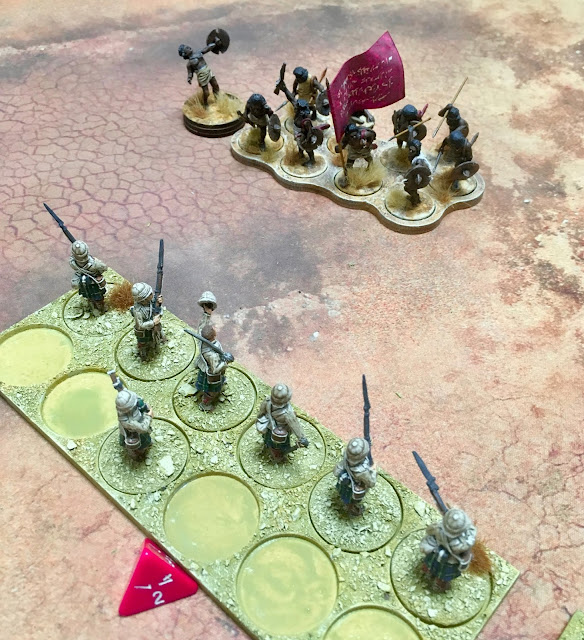 Six turns in the Sikhs had finished breakfast and now advanced to fill the gap in the line they had left... 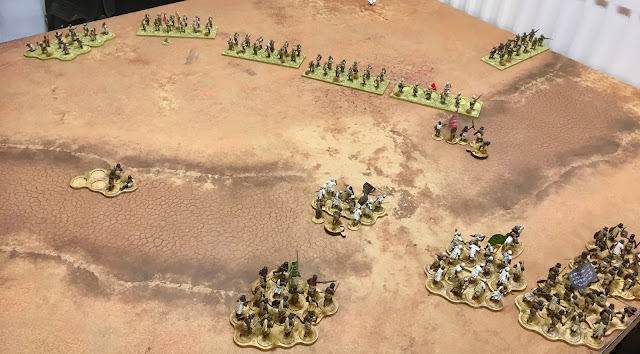 Unfortunately our War Correspondent dozed off and missed the action for the next couple of moves, (dust in the camera is a rubbish excuse, always keep your equipment clean man!) but the Madhists exploited the gap managing to get three units through to safety, although the Sikhs did manage to inflict casualties on one which proved important in the end. Things would have been so different if the fierce Sikhs had got into position as planned on the left flank...

The Imperials did manage to get one complete unit across the board, but the Bazingers (too busy looting the dead Mahdist rifles no doubt) refused to evacuate the battlefield and the other Imperial units realising that they would not make it across the board in the remaining moves decided to polish off the remnants of the Mahdist army on the board. 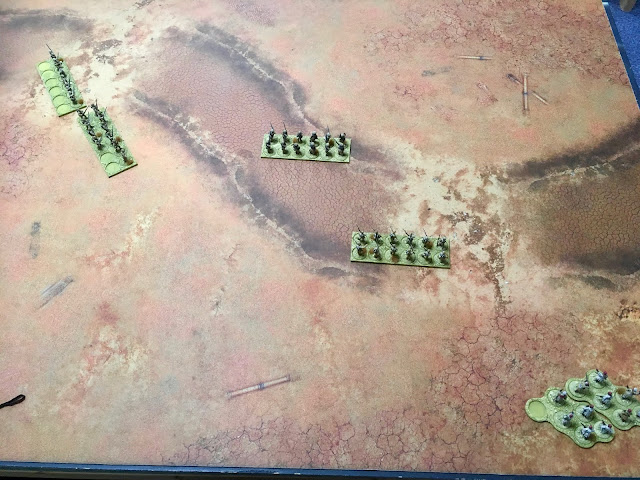 Whilst the Imperials controlled the battlefield as turn 15 ended, that was not the object of the exercise so George totalled up the points... He managed to get three units off the table, two unscathed, and totalled 7 points. The Imperials got one unit off the table and had managed to destroy five Mahdist units - totalling 7 points... A draw!

Whilst on paper the scenario did not look that promising, probably the reason we have avoided it, it turned out to be quite fun and the failure of Imperial units to obey orders and move did provide much amusement for onlookers.

Playing TMWWBK again was fun, much as I like Rebels &Patriots and the fact in many respects it is a more subtle set, TMWWBK provides a game more akin to the Hollywood blockbusters like Zulu and The Four Feathers and there is nothing wrong with that!
Posted by Steve at 11:32:00