Apologies for the lack of updates, gaming has been going on that I haven't had time to sit down and properly report back on, with the last month seeing us delve into the American Revolution using Rebels and Patriots, which is proving fun.

I'll try and get the reports written and uploaded as soon as I can, but as it is the 4th July I thought I better post a couple of photos of my first fully painted American unit, the 1st Maryland (who were victorious last night).

The miniatures are all Perry plastics and were block painted, dipped and then had some details picked out. You may recall I wanted them to look like they were on campaign not parade, so I have gone for quite a grubby look. I need to add a bit of grub to the flag which I picked up from Maverick Models (well worth checking out). 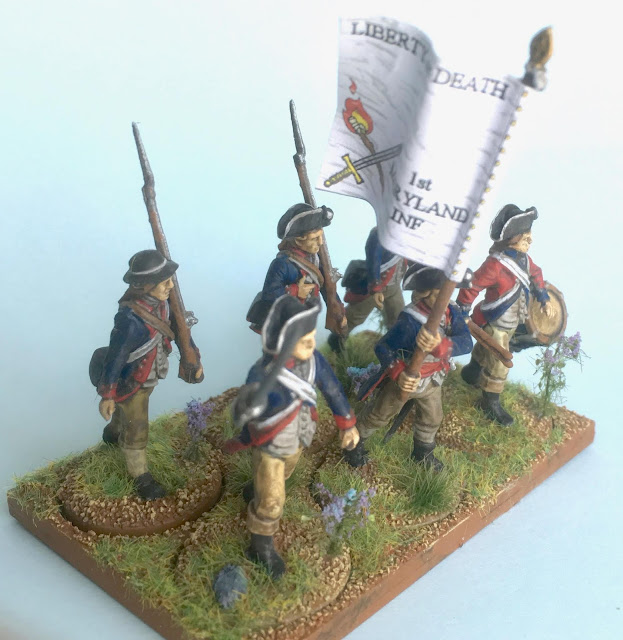 The unit is currently sixteen strong the idea being to use 12 for R&P and 16 for Sharp Practice (which is popular in Bristol). I have however slightly cocked up the 16 as the command figures should be separate for Sharp, so the plan now is to take them up to 24 (with an eye on Black Powder) so I can split in two for Rebels and have enough for other games. 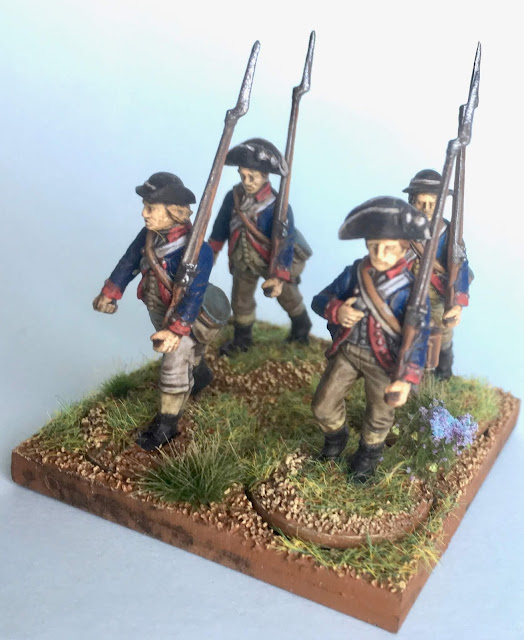 Email ThisBlogThis!Share to TwitterShare to FacebookShare to Pinterest
Labels: American War of Independence, Rebels and Patriots