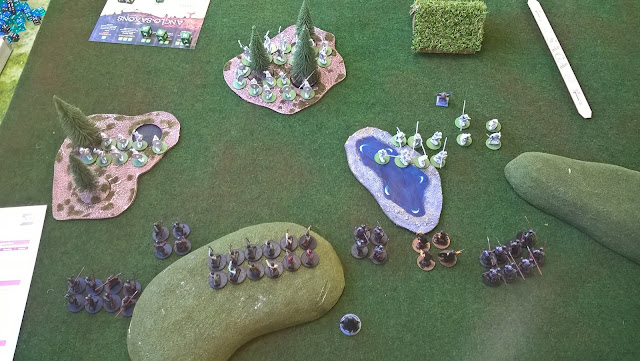 The battle ended in a draw and to be fair probably would have been a victory for Rich if I had heard what he was saying in a decisive combat between my Beserks and his Thegns (there were a lot of games going on around us and looking at the Saxon ability used I should have rolled a few less dice but didn't hear this and Rich didn't notice at the time). Still it was good fun and we both enjoyed the game.
Posted by Steve at 22:00:00