'Ere's To You Fuzzy-Wuzzy

David Manley kindly invited me around for a game of his fledgling Sudan rules (Don't Throw, Bloody Spears, At Me!) tonight. Fast play simple rules they worked really well using a random card based move sequence (that almost worked in my favour in the end game) which gave a very good period feel. 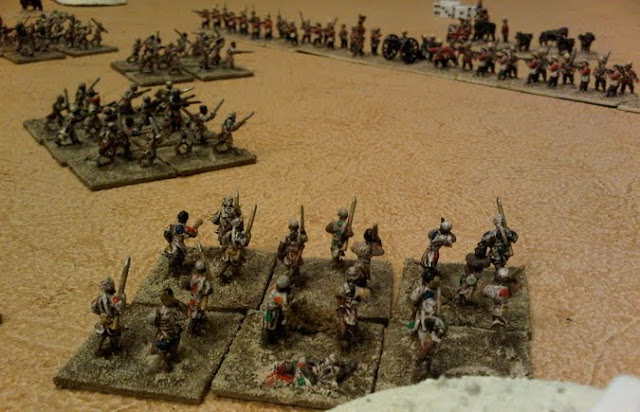 I took the role of the "pore benighted" Madhists against the pride of the British Empire and decided to dispense with convoluted tactics advancing to contact as quickly as possible. Unfortunately one fuzzy-wuzzy unit seemed very reluctant to enter battle and kept rolling half movement for most of the game! 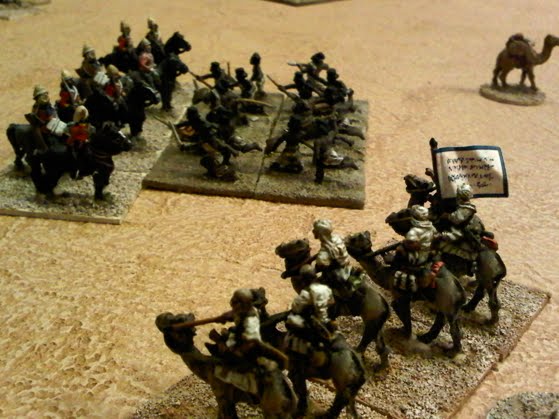 Contact was made on both flanks quite quickly. On the left DM's cavalry squadrons took out half my camel unit but came unstuck against a heroic band of fuzzy-wuzzys who managed to destroy both squadrons (the Madhist cannon picking off the sole survivor at long range with a lucky die roll). Unfortunately on the right my cavalry disintergrated after one volley from the Naval Brigade. 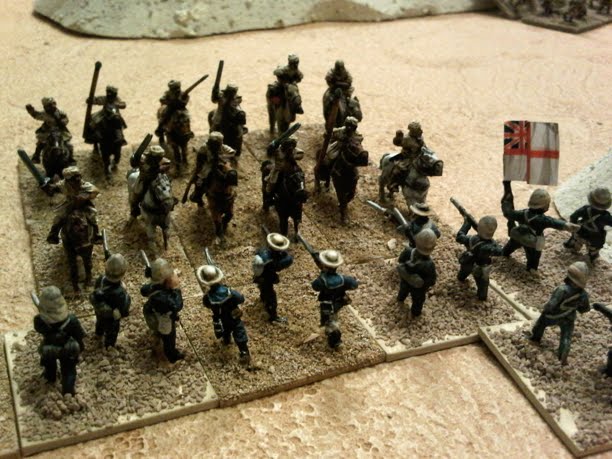 The card based activation system dictates whose move it is and I managed two simultaneous moves before DM pulled the Joker ending the turn without the British moving. I then pulled another black card so had a third move whilst all the British could do is defensive fire. 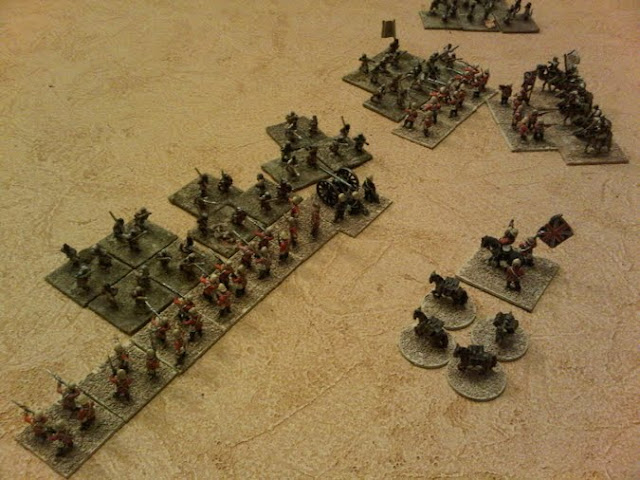 This run on the cards allowed me to seize the initiative and I managed to overrun and destroy one British infantry regiment, who had formed square after my surviving camels got behind the British line, however I did not quite have enough to break the second British regiment before DM managed to pull a card allowing the British to move again. The Naval Brigade swung into action and in a volley of Martini and cannon fire the Madhist centre was ripped apart with the Madhi himself dying as DM ordered rapid fire! 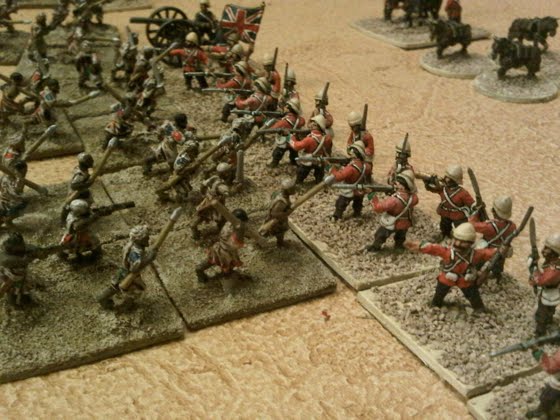 Overall an enjoyable game and it had a wonderful colonial feel with the plucky Brits managing to stand firm and grab victory at the end despite the breaking of one square and the incompetent behaviour of their cavalry.
So 'ere's ~to~ you, Fuzzy-Wuzzy, at your 'ome in the Soudan;
You're a pore benighted 'eathen but a first-class fightin' man;
An' 'ere's ~to~ you, Fuzzy-Wuzzy, with your 'ayrick 'ead of 'air --
You big black boundin' beggar -- for you broke a British square!
Posted by Steve at 23:18:00